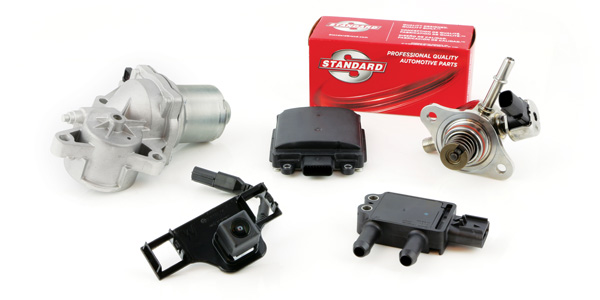 This month’s release expands on powertrain-neutral coverage for both Standard and Four Seasons with more than 170 new sensors, switches, actuators and connectors. Included are 23 new power-window switches, as well as shift-interlock actuators, backup light switches, four-wheel-drive actuator connectors and more.

“We are proud of the 300+ new part numbers added to our extensive product line,” said John Herc, vice president of engine management marketing, SMP. “In addition to offering the highest-quality products possible, the coverage provided by these new part numbers is an integral part of our mission to provide our dedicated distribution partners and loyal service providers with the parts they need to get the job done.”

In an effort to expand existing product lines, Standard has released three new transfer-case motors for 6.6 million vehicles on the road, including the 2021 Cadillac Escalade, 2021 Chevrolet Tahoe, 2010-2005 Jeep Grand Cherokee and 2019-2007 Chevrolet Silverado 2500.

All new applications are listed in the catalogs found at StandardBrand.com and 4S.com, and in electronic-catalog providers.