In addition to the extended partnership that has seen StopTech serving as the Official Brake Upgrades of the Series, StopTech also becomes the Official Friction Partner of Pirelli World Challenge (PWC) as it enters its 25th anniversary season in 2014.

INDUSTRY, Calif. – StopTech Brakes and its parent company, Centric Parts, have announced an agreement with WC Vision to extend the relationship between the two brands for five years through the 2018 Pirelli World Challenge Championships Series(PWCCS) season.

In addition to the extended partnership that has seen StopTech serving as the Official Brake Upgrades of the series, StopTech also becomes the Official Friction Partner of Pirelli World Challenge (PWC) as it enters its 25th anniversary season in 2014.

The five-year extension includes the continuation of a number of the partner elements including the inclusion of the StopTech logo on PWC competitor number boards, and grows the relationship to include all TC/TC-A cars running in the series the opportunity to run a StopTech brake package. In addition, all TC/TC-A/TCB race highlights as part of the series broadcasts on NBC Sports Network will be presented in part by StopTech Brakes.

“We have had a great partnership with StopTech as our official brake system sponsor,” said Scott Bove, CEO and president of WC Vision. “As a world leader in high performance brake systems, they are an ideal partner of the Pirelli World Challenge Series. With their technical expertise and hands-on engineering experience on site at every race, we were very pleased when the opportunity came for them to become our official friction supply partner as well. It was particularly gratifying as a racing organization to create a five-year expanded relationship with their organization.”

“We have enjoyed our affiliation with the Series since 2010,” said Steve Ruiz, director of engineering, StopTech. “At StopTech we are proud of our commitment to being the best in high performance brake systems. Our relationship with World Challenge has given our company the opportunity to showcase our big brake kits, as well as our whole range of street and race brake components. We have worked with the Series to create a five-year deal that reflects our respect for the series and our expectations of continued growth and success for both the series and for StopTech. We are particularly excited about being named Official Friction Partner going forward, giving StopTech the chance to spotlight our championship-winning Race Brake Pads and Street Performance Friction lines as well.” 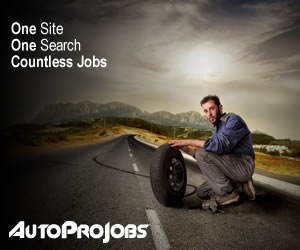