As extremes in climate and usage cause a battery to degrade, more battery-related customer complaints will begin to roll into repair shops and jobber parts counters.

So far, 2011 has been a year of surprises, especially when most areas of our country have experienced record low temperatures. In my mountain community, those who procrastinated on replacing their old batteries were literally left out in the cold because many retail and jobber stores had exhausted their stock of fresh batteries early in the week. The price of procrastination wasn’t cheap, because some missed a day of work and others missed important appointments.

Because the automotive starter battery is an expendable component, the reliability of most batteries declines after four years of normal use. As extremes in climate and usage cause the battery to degrade, more battery-related customer complaints begin to roll into repair shops and jobber parts counters. In the following text, I’ll describe some of these basic consumer complaints and how they can be addressed by testing and using preventive maintenance and sales techniques. 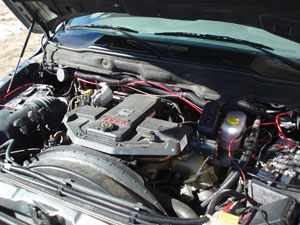 THE BASIC BATTERY
Before we get into battery sales, let’s review some basic principles of battery construction. First, all 12-volt automotive starting batteries incorporate six cells that produce 2.1 volts each, for a total of 12.6 volts when the battery is fully charged. Each cell has an equal number of positive and negative lead alloy grid plates insulated from each other by plate separators and suspended in an electrolyte. In general, the more plates, the more cold cranking amperage (CCA) available to the starter.

‘IT WON’T HOLD A CHARGE’
Many customers might complain that their battery “won’t hold a charge.” In some legitimate cases, the plate insulators can fail or sediment build-up at the bottom of the battery case can short-circuit the plates. In either case, the individual cell will discharge and reduce cranking voltage in the vehicle’s electrical system. Since most shorted cells are caused by vibration, leaving the battery loose in its carrier or using it in extreme off-road applications will drastically reduce service life.

The most common reason a battery won’t hold a charge is because an interior light or electronic body control module inside the vehicle is slowly discharging the battery through a process called parasitic drain. To illustrate, a small No. 194 glove box light remaining on can drain a 60 amp-hour automotive battery in about 12 days.

When dealing with parasitic drain, remember that it takes about five times longer to charge a modern lead-acid battery than it does to discharge it. Although the vehicle might be driven 30 minutes each day, the parasitic drain discharges the battery 24 hours per day, which creates an overall charging deficit.

The old-school method of connecting an automotive test light or volt meter in series between the battery post and cable terminal to test battery drain is no longer applicable. Unlike earlier vehicles, the electrical system on modern vehicles incorporates many computers and modules that often require hours to automatically shut off or “time out.” Because accidentally opening a vehicle door or disconnecting the battery can add hours to a parasitic drain diagnosis, it’s always best to leave parasitic drain testing to professional shops.

‘THE ENGINE WON’T START’
A common reason for customers experiencing a cranking, no-start complaint is that, while it’s cranking the engine, the battery fails to maintain at least 10 volts in the vehicle’s electrical system to power the engine electronics. So, although the engine is cranking, the battery voltage is too low to power the engine computer, fuel injectors, and ignition. In other cases, low cranking voltage erases the adaptive fuel memory in the engine computer, which causes cold starting and cold driveability complaints.

Starting an engine during sub-zero temperatures is always a challenge for any battery because the chemical reactivity of its individual cells is reduced by at least 50 percent. That’s why you should always sell a battery that meets the cold cranking amperage (CCA) requirements recommended by the auto manufacturer.

BATTERY FAILURE PATTERNS
Brand-new batteries often fail because of the way a vehicle is driven or the battery is used. To illustrate, many customers aren’t aware that deep-cycle batteries generally have thicker plates and are designed to discharge at relatively low amperages over long durations of time. Automotive starting batteries, on the other hand, generally have thinner plates designed to discharge very high amperages during very short durations of time. Interchanging a starting battery with a deep-cycle battery can cause premature battery failure.

Sulfation is another common enemy of good batteries. If a new battery is installed in a collector car or vehicle that’s rarely driven or that is driven only short distances, the sulfur from the electrolyte will eventually coat the plates, which prevents the battery from absorbing a normal charge. Symptoms of sulfated batteries include reaching full charge very quickly and discharging equally as fast. Attempting to fast-charge a sulfated battery will boil the electrolyte and cause the plates to disintegrate. While the battery might be saved with a 48-hour trickle charge, the long-term answer to keeping a battery from sulfating on a collector car or a seasonally-driven vehicle is to sell your customer a battery maintainer. Battery maintainers are limited to about 13.20 volts to prevent boiling away the water in the electrolyte.

‘WHY REPLACE BOTH BATTERIES?’
Because a diesel engine usually has a large cubic-inch displacement and a very high compression ratio, it requires double the normal cold-cranking amperage to crank the engine and power the glow plugs or intake air heating grid on a cold winter morning. Unfortunately, if a new battery is paired with a worn companion battery, the new battery will be carrying the majority of the electrical load.

For this reason, if the companion battery is nearing the end of its life and tests less than 100 percent of its rated capacity, it should be replaced. It might be a bitter pill for some diesel owners to swallow, but for maximum starting power and reliability, replacing batteries in pairs is always the preferred option.

‘WARRANTY KILLERS’
Most parts professionals have to deal with the unpleasant task of dealing with repeat warranty replacements. When dealing with warranty challenges, remember that your battery catalog contains a wealth of battery safety, maintenance, charging, and testing information in its back pages. Investing a few minutes to occasionally review the information contained in these catalogs will save a lot of wear and tear on mind and body when dealing with battery sales and warranty issues.

While the failure rate of modern batteries is declining, battery warranty claims often increase due to simple reasons like using the incorrect motor oil for sub-zero driving. Because high-viscosity engine oils require much cranking amperages to turn the engine over in sub-zero temperatures, the blame is unjustly placed on the battery.

Other reasons for cold-weather battery failures might include a bad charging system not maintaining battery voltage. Because modern alternators are controlled by the engine computer, charging system testing must be done by a skilled professional with the required equipment.

Sometimes the battery is drained because an interior lights or accessory has been left on. If the electrolyte freezes, the battery’s sides will tend to bulge outward. To prevent a serious explosion, always allow a suspect battery to warm up to room temperature before testing or recharging. Lastly, many DIY installers simply fail to properly clean the battery cable terminals when installing the battery or they fail to fasten the battery securely to the battery box.  Either situation will cause a premature warranty complaint.