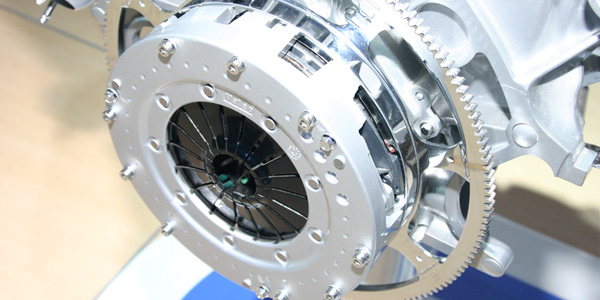 Replacing parts piecemeal often leads to further clutch problems down the road, so most experts recommend replacing all three major clutch components at the same time.

When a customer says he needs a new or remanufactured clutch, he may think he only needs a new clutch disc to replace a worn or oil-soaked disc, or a new clutch pressure plate to replace a weak or defective clutch. Fact is, the “clutch” is a system of parts that work together to transmit power from the engine to the transmission. It includes the familiar mechanical components such as the clutch and disc, but also the release bearing, flywheel and clutch linkage (which is hydraulic on most late-model vehicles).

Replacing parts piecemeal often leads to further clutch problems down the road, so most experts recommend replacing all three major clutch components (clutch, disc and release bearings) at the same time. Other parts that should be carefully inspected and may need attention include the flywheel and clutch linkage.

Clutch problems can occur at almost any mileage and for a wide variety of reasons. A clutch may slip or chatter as a result of a worn disc, weak or damaged pressure plate, misadjustment or oil contamination. The clutch may fail to engage or disengage if the linkage is not moving the release bearing to take the pressure off the disc. The most likely cause here would be no fluid in the hydraulic system, a worn master clutch cylinder that is not generating pressure, a worn slave cylinder that is not holding pressure, or air in the hydraulic system.

If a vehicle is making noise when the clutch is released, the cause could be a bad release bearing. If the release bearing is part of an internally mounted slave cylinder, the entire assembly must be replaced.

A slipping clutch usually indicates a worn/weak clutch, or oil or grease contamination of the clutch. In some cases, the clutch may slip or fail to engage if the master or slave cylinder is sticking and does not fully retract when the clutch pedal is released.

A bad master cylinder or slave cylinder can usually be replaced individually as needed, but on some applications the replacement parts come as a complete assembly (both cylinders plus the line that connects them). On high-mileage vehicles with corrosion and contaminated fluid in the system, the master and slave cylinders should both be replaced at the same time. The line or hose that connects these two components also should be flushed or replaced to reduce the risk of contamination and leaks. The old fluid should be discarded and replaced with fresh fluid.

Slave cylinders may have a plastic strap that holds the cylinder in a fully compressed position. This strap must not be removed during installation. It is designed to air in bleeding the system and will break free the first time the clutch is engaged.

Advertisement
In this article:repair, Tech Topics