People are keeping their vehicles longer, and an increasing number of vehicle owners are finding themselves upside down as to what they owe on their vehicle and what it is worth.

Today’s passenger car and light truck engines require less maintenance (except for oil changes) and are typically engineered to go 200,000 miles or more under normal use. With regular oil changes, many do. Consequently, by the time major engine repairs are needed, the vehicle may be so old that its not worth fixing. Low interest rates for new vehicle financing and record new car and truck sales have not helped the situation either.

Yet there are indications that the rate of decline in major engine work and parts sales is slowing. People are keeping their vehicles longer, and an increasing number of vehicle owners are finding themselves upside down as to what they owe on their vehicle and what it is worth. As a result, its more difficult to trade or sell the vehicle if it needs or requires major repairs. Consequently, the demand for engine parts and engine work seems to be leveling off and may even be turning around and heading back up again.

The number of automotive machine shops, custom engine rebuilders and production engine remanufacturers had been declining but seems to have stabilized this year. The Automotive Engine Rebuilders Association (AERA) had 2,954 members last year compared to 2,895 this year. Even so, 21.3 percent of AERA members polled in a recent Babcox survey reported doing more engine work than the year before, while 56.4 percent reported doing approximately the same amount of work.

The same survey found that the demand for four-, six- and eight-cylinder gasoline engines was about the same as the year before (an average of 15.5 per month for 2003 versus 15.9 the year before), but that the percentage of import engines being rebuilt went up from 24.3 percent in 2002 to 27.4 percent in 2003. This change reflects the increase that has occurred in the number of import vehicles in the overall vehicle population.

Another bright spot in the engine parts market is performance engine parts. The Babcox survey of AERA members found that engine builders are doing more performance work than ever before – 18 percent of their output in 2003! About eight out of 10 shops do performance engine work, which creates additional opportunities to sell parts that do not depend on a vehicles age or mileage.

So what does all of this mean to you as a parts supplier? It hopefully means more sales opportunities for engine parts such as rings, bearings, pistons, camshafts, timing sets, upper valvetrain components such as valves, springs, etc.) and related items such as oil pumps and gaskets. It also means more work for parts stores that have a machine shop in house or a machine shop partner.

One thing all engines suffer from as the miles add up is valve guide and seat wear. Regular oil changes can minimize bearing, ring and cylinder wear, but it doesnt do much to stop valve guide and seat wear. Over time, this leads to an increase in oil consumption as oil leaks past the worn guides. Likewise, the engine slowly loses compression as the valves and seats wear and begin to leak. This can have additional consequences for the catalytic converter because the converter can be damaged by phosphorus in the oil. The same goes for the engines oxygen sensors.

One symptom that may suggest a need for valve work would be a failed oxygen sensor and/or catalytic converter.

A high-mileage engine thats using oil will likely need a valve job that includes replacing or repairing the guides, replacing the exhaust valves, remachining the valve seats and possibly resurfacing the cylinder head. Worn valve guides in aluminum heads are usually replaced, but can also be repaired by reaming the guides to accept new valves with oversized stems. If the guides are cast iron, they can also be reamed to accept bronze or cast iron liners. Bronze guides and powder metal guides are much harder to ream and are usually replaced. Bronze guide liners are probably the most popular repair for worn guides in cast iron heads with integral guides. They are easy to install and provide a better wear surface for the valves.

Valve seats only need to be replaced if they are damaged or loose (as in aluminum heads). But the seats must be machined carefully to restore the proper valve angles and to maintain proper installed valve height.

New valve springs are usually recommended for high-mileage engines to restore proper seat pressure and to minimize the risk of spring breakage. For performance engines, new springs are an absolute must – especially if a performance cam is being installed that will increase the engines rpm range.

Pistons can often be reused provided they are not worn or damaged. The amount of wear in the cylinders will dictate whether boring and oversize pistons are necessary. Cylinders wear most at the top because thats where combustion pressures are the highest. If the cylinders are worn more than about 0.005 or so, the cylinders should be bored to accept oversized pistons.

Most late-model rings are thin low-tension style rings that reduce friction. The rings may be cast iron, ductile iron or steel, and are chrome or moly faced, or have a hard black nitride finish in the case of many Japanese engines. Replacement rings must be the same size and thickness as the original, and should also be the same or better material as the original for durability.

As for the bearings, worn bearings produce noise and lower oil pressure. Bearing failure can occur if a bearing overheats and seizes, cracks or pounds out. Bearings can be damaged by dirt, lack of lubrication or oil breakdown. Wear can be accelerated by neglecting regular oil and filter changes.

Bearing size will depend on wear. If the journals on the crankshaft are worn, rough or out-of-round, the journals will have to be turned to undersize to accept new undersize bearings. Bearing clearances are extremely close in todays engines, so theres little margin for error here.

Most late-model OEM bearings are aluminum. These can be replaced with aftermarket aluminum bearings or the more traditional tri-metal (copper/lead/babbitt) bearings. Both types are also available for high-performance applications.

Other items that usually have to be replaced include the timing components (belt, chain set or gears), the oil pump, crankshaft end seals, valve seals and all gaskets. On engines that have torque-to-yield head bolts, the head bolts should also be replaced when the head gasket is replaced. This type of bolt stretches when it is tightened and should not be reused.

Camshafts may need to be replaced if the lobes have become worn. Replacement cams may be new or reground with stock lobe profiles or performance profiles. Increasing valve lift with taller lobes and valve duration (open time) can add more horsepower. New lifters should always be installed if the camshaft is replaced. Aftermarket performance cam kits usually include new lifters and valve springs.

Camshaft timing gears wear with age and timing chains stretch. This can reduce engine performance and cause noise. Rubber timing belts maintain cam timing more accurately over the long haul, but must be replaced at 60,000- to 100,000-mile intervals to reduce the risk of breaking. A broken timing belt may bend valves in an interference engine that lacks enough valve-to-piston clearance.

The Comeback of Engine Parts 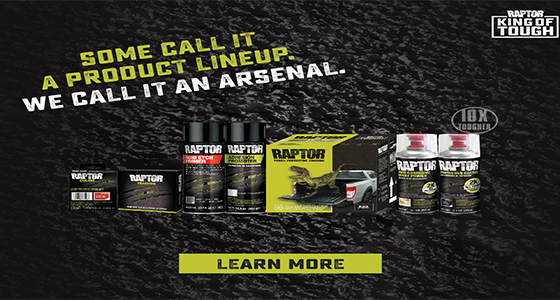