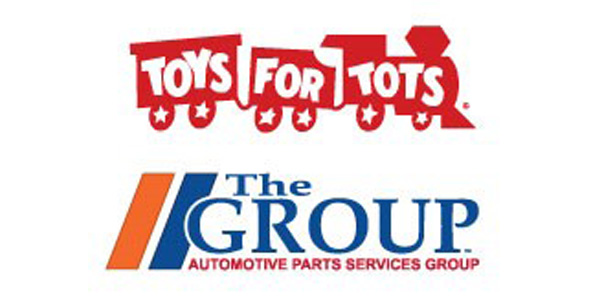 Since initiating its Toys for Tots campaign in 2012, The Group has raised more than $2.5 million for this worthy cause.

“We are extremely pleased to report that The Group golf outing was a spectacular success,” said Mike Allen, vice president for Federated Auto Parts. “We had participation from 47 valued vendor partners, along with continued support from the Federated and Pronto membership. Special thanks to the presenting sponsor Brake Parts Inc and all who generously donated to make this such an amazing charitable event.”

The Group Toys for Tots charity golf outing was held in conjunction with the combined Pronto/Federated spring member meeting, which took place at the Disney Coronado Springs Resort in Lake Buena Vista, Florida. The golf outing featured a four-man scramble with a shotgun start. After the tournament, The Group held a reception to present awards and give special recognition to those who supported the tournament.

Since initiating its Toys for Tots campaign in 2012, The Group has raised more than $2.5 million for this worthy cause, and Federated and Pronto each have been named a “Three-Star Partner” by the U.S. Marine Corps Reserve Toys for Tots Program.

The Group Hosts Golf Outing to Benefit Toys for Tots