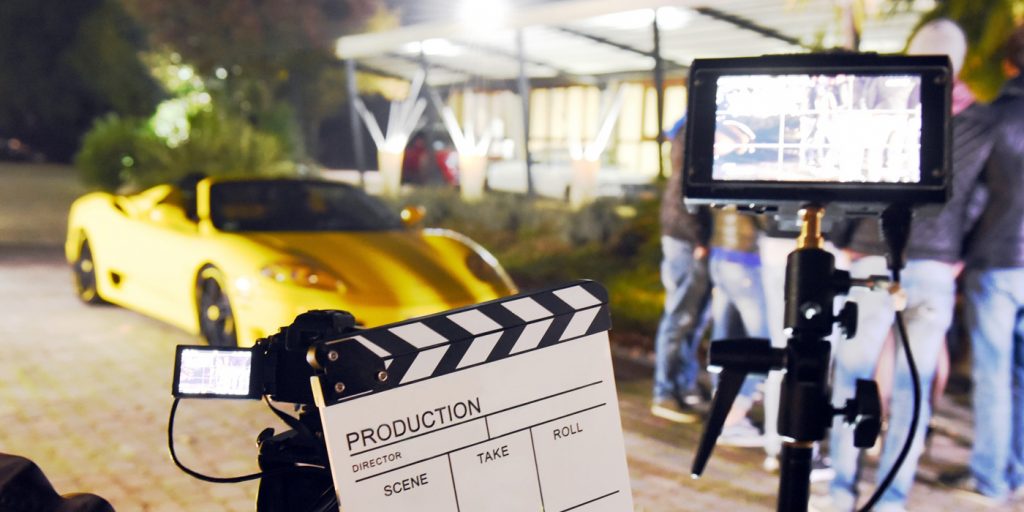 Lately, we’ve all been spending a lot more time indoors, and for many of us, that means a lot of time in front of the TV. If you’ve already binge-watched the entire “Tiger King” series (twice), you’ve figured out the identities of all “The Masked Singers” and finally gotten through all 213 hours of stored programming on your DVR, you’re probably open to some suggestions for what to watch next.

As a car guy with an extensive movie collection, I’d like to share some of my favorite “car movies” with you. They feature iconic cars, exciting chase scenes and even the occasional Oscar-worthy performance. So get in, buckle up and hang on. Just remember: Driver picks the movie, shotgun shuts his cakehole!

Since the apocalypse is already upon us, let’s start with the “Mad Max” series. Starring a black 1973 Ford Falcon XB, the original 1980 film follows burned-out police officer Max Rockatansky in a quest for revenge against the gang of Outback ruffians who killed his partner and destroyed his family. In the 1981 sequel, “Mad Max 2” (aka “The Road Warrior”), we catch up with Max after the world has imploded. No longer a cop, Max and his faithful dog scavenge the wasteland in their battered Falcon, looking for gasoline. After the loss of his beloved car, he faces off against a new gang of psychos, this time with a Mack R600 and tank trailer. While the series is a trilogy, the only redeeming quality of the third movie (“Mad Max: Beyond Thunderdome”) is that it gave us the “2pac-alyptic” video for the 2pac/Dr. Dre classic “California Love.” Fast-forward to 2015, and “Mad Max Fury Road” gives Rockatansky a bit of redemption, while the audience experiences the most spectacular chase scenes of the entire franchise.

Quentin Tarantino’s “Death Proof” (2007) is a rolling reference to some of the best movie cars of all time. Kurt Russell plays “Stuntman Mike,” a homicidal has-been who uses his purpose-built cars (a 1970 Nova and a 1969 Charger) to terrorize young women on the road. The final 20 minutes of this 1970s-inspired film feature one of the best cat-and-mouse car chases since “Bullitt” (1968). That classic detective movie features a chase through San Francisco between Steve McQueen’s green 1968 Mustang and the bad guys’ black 1968 Charger. In “Death Proof,” Mike’s Nova has the same “JJZ 109” license plate as Frank Bullitt’s Mustang, and his Charger bears tag number “938 DAN,” a nod to another car-chase classic, “Dirty Mary Crazy Larry” (1974) featuring yet another Charger. The young women of “Death Proof” arrive in Tennessee driving a yellow 1973 Mustang, similar to “Eleanor” from the original “Gone in 60 Seconds” (remade in 2000 starring a gray 1967 Mustang GT500), but their intent is to test-drive a white 1970 Challenger identical to the one featured in the 1971 film “Vanishing Point.” The test-drive goes very, very poorly for Mike, as well as both cars! Mike’s black Charger also features the same 10-spoke American Racing wheels as the most famous Charger of all time, the General Lee.

With NASCAR and local tracks on hold for now, there also are a few good (and bad) racing films for those of us missing the weekly competition. Rather than re-watching Will Ferrell in “Talladega Nights: The Ballad of Ricky Bobby” (2006), I recommend the Burt Reynolds comedy “Stroker Ace” (1983). The star of “Smokey and the Bandit” and “Cannonball Run” plays the title character, a former NASCAR champion reduced to driving a Thunderbird in a chicken suit. “Stroker Ace” is funny on purpose, unlike “Days of Thunder” (1990). With silly dialogue and unbelievable racing scenes, “Days of Thunder” is a horribly inaccurate portrayal of NASCAR, but it’s absolutely fun to watch. The ESPN film “3: The Dale Earnhardt Story” (2004) isn’t much better technically than “Days of Thunder,” but Barry Pepper does give a fairly convincing performance as The Intimidator. For the family, there’s also the animated classic “Cars” (2006) and Disney’s “The Love Bug” (1968), although you might want to pass on “Herbie: Fully Loaded” (2005).

NASCAR-inspired movies may leave a lot to be desired, but Formula 1 and LeMans are well-represented by “Rush” (2013) and “Ford v Ferrari” (2019). Both films are based on true events and people, and both feature compelling personal stories as well as excellent racing sequences. Set in the F1 racing scene of the 1970s, “Rush” tells of the rivalry between James Hunt and Niki Lauda, two very different competitors both focused on winning the 1976 F1 World Championship. “Ford v Ferrari” focuses primarily on the relationship between Carroll Shelby and Ken Miles, as they develop the Ford GT40 in preparation for the 1966 24 Hours of Le Mans. In Europe, the film is known as “Le Mans ’66,” similar to the 1971 Steve McQueen epic simply titled “Le Mans.” McQueen’s “Le Mans” is a fictional story of the 24-hour race, but features actual footage from the 1970 Le Mans race. Now considered a racing classic, it did poorly in theatres in 1971. During the first 37 minutes of this film, there’s no dialogue, which would have been a blessing for Sylvester Stallone’s CART Series failure “Driven” (2001).

With all of the classic car cinema to consider, I’ve had to pass over some automotive gems like “American Graffiti,” “Christine,” “Duel,” “Six Pack,” “The Wraith” and “Two Lane Blacktop.” I’m also certain that someone out there will be “Furious” with me for ignoring their favorite franchise, but like I said before, driver picks the movie …