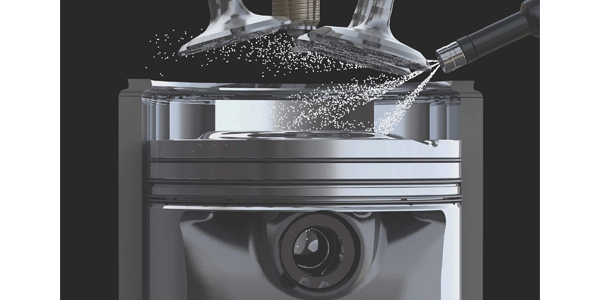 Let’s start with fuel additives. These are popular do-it-yourself products that can provide various benefits at minimal cost. 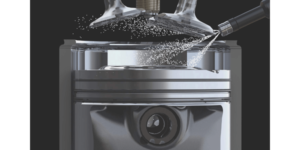 Fuel-related parts and products represent a significant sales opportunity for both wholesale and retail automotive parts stores. Let’s start with fuel additives. These are popular do-it-yourself products that can provide various benefits at minimal cost.

One of the hottest products today are fuel system cleaners specially formulated for the latest generation of Gasoline Direct Injection (GDI) engines. Although these engines deliver better fuel economy and performance than their port injected predecessors, they do tend to carbon up the intake valves because fuel is sprayed directly into the combustion chambers rather than the intake ports.  Consequently, there’s no fuel spray to wash carbon deposits off the intake valves. Fuel system cleaners for port injected engines can help clean injectors and carbon deposits inside the combustion chamber, but typically do little to keep the stem side of the intake valves clean. So that’s why chemical suppliers have introduced special products for GDI engines.

Fuel additives also are popular with diesel owners, especially during cold weather. Diesel supplements and treatments typically lower the cloud point where diesel fuel starts to gel, reducing the risk of a no-start during cold weather. Most of these additives also help keep the fuel system clean, boost the cetane rating of the fuel (similar to the octane rating of gasoline) for better performance and economy, and provide supplemental lubrication for the fuel injectors.

Fuel filters were once a commonly replaced maintenance item, but today most late-model vehicles have “lifetime” fuel filters inside the fuel tank that are part of the fuel pump assembly. Of course, “lifetime” really isn’t. Chances are the filter will have to be replaced at some point — usually when the fuel pump dies and a new pump is installed. For older vehicles that have an inline fuel filter, the recommended maintenance interval is typically every 30,000 to 50,000 miles. Changing an inline fuel filter on many vehicles requires a special “quick release” tool to disconnect the fuel line coupling from the filter.  Try to pry the connection apart and you’ll ruin the connection. If a customer has done that, he’ll also need a new fuel line to replace the one he damaged.

Fuel pumps in today’s vehicles usually last a long time, but they won’t last forever. The risk of fuel pump failure goes up with the number of miles driven. It’s not unusual for a fuel pump to fail after 60,000 or 70,000 miles (Ford, Chrysler and GM), although some pumps (typically Asian makes) will go upwards of 150,000 miles without any problems. Several things will shorten the life of any fuel pump: running out of gas (which starves the pump for lubrication), doing a lot of driving with less than a quarter tank of gas in the tank (which can make a pump run hot due to reduced cooling), dirt or rust contamination inside the gas tank, and poor quality gasoline.

If a customer is buying a replacement fuel pump, the filter and fuel pump inlet sock should always be replaced at the same time. The fuel tank also should be inspected and cleaned or replaced as needed is there is evidence of contamination of any kind. If a vehicle is more than 10 years old, new fuel hoses also are recommended for the intank pump connection.

Dirty fuel injectors can cause a loss of performance and fuel economy as well as increased tailpipe emissions. If a fuel additive fails to clean a dirty set of injectors (even with several repeat treatments), the next alternative is to have the injectors professionally cleaned on or off the vehicle. Even then, some injectors may be too badly clogged to be restored to like-new condition.  Injectors also can fail electronically, and over many miles the injector itself can literally wear out. Replacement injectors are expensive, so some customers may opt for a set of less costly “reman” injectors rather than new.

Throttle Up Your Fuel-Related Parts And Products Sales