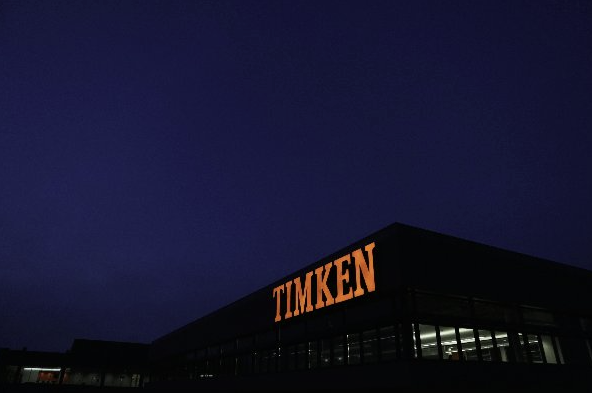 NORTH CANTON, Ohio — The Timken Co. today awarded college scholarships to 17 sons and daughters of Timken associates in 12 locations around the world. Valued at up to $540,000 over four years, these scholarships are funded by The Timken Co. Charitable and Educational Fund, Inc. The program has awarded more than $22 million in scholarships since its founding in 1958.

Chairman John M. Timken Jr. hosted a recognition event at Timken World Headquarters in North Canton, Ohio, for students and their parents. Local scholarship finalists attended the event in person, while other finalists and their parents joined a global webcast. “Each of these scholars has achieved significant academic success, participated in school and community activities, and demonstrated leadership ability,” said Timken. “The Timken Scholarship program enables these accomplished young people to explore new opportunities and gain the knowledge they need to make a powerful and positive difference in the world.”

The $35,000 Henry Timken Scholar Award recognizes the top-ranked applicant and is renewable for up to three additional years for a total of $140,000. This year’s Henry Timken Scholar is Sidney Long, the daughter of Michael Long, a machine operator in cone manufacturing at the Bucyrus Bearing Plant in Ohio. Sidney, a senior at Buckeye Central High School in New Washington, Ohio, plans to study pre-veterinary medicine at The Ohio State University.

The $25,000 Jack Timken Scholar Award was presented to Simona, the daughter of Ram Narayan Prasad, lead production operator technician in the company’s bearing plant in Jamshedpur, India. The award is renewable for up to three additional years for a total of $100,000. After graduating from Loyola School in Jamshedpur, India, Simona plans to study design and architecture at the Indian Institute of Technology Bombay in Mumbai.

Five students received $10,000 scholarships, renewable for up to three additional years, for a total value of $40,000 each.

Sayan Das, the son of Amit Kumar Das, heat treat operator technician at the company’s plant in Jamshedpur, India. After graduating from Vidya Bharati Chinmaya Vidyalaya Secondary School in Jamshedpur, Sayan plans to study aerospace engineering at the Massachusetts Institute of Technology in the United States.

Indranil Pal, the son of Mrinal Kanti Pal, operator at the company’s plant in Jamshedpur, India. When he graduates from D.A.V. Public School in Jamshedpur, Indranil plans to study computer information systems at the Georgia Institute of Technology in the United States.
Mihnea Vladimir Savu, the son of Mircea Catalin Savu, area manager at the company’s plant in Ploiesti, Romania. A senior at the Prahova County Excellence Centre, Mihnea Vladimir plans to study computer science at a university in the United Kingdom.
In addition, 10 individuals received $10,000 scholarships:

Yuchen Huang, the son of Lixin Huang, process improvement engineering manager, and Ya Lin, metrology operator in the quality department, both in Wuxi, China. A senior at Meicun Senior High School in Jiangsu Province, Yuchen plans to study biomedical engineering at Zhejiang University in Hangzhou, China.

Victoria Johnson, the daughter of Keith Johnson, manager of marketing for process industries in Europe, in Colmar, France. A senior at Lycée Camille Sée in Colmar, Victoria plans to study dentistry at Ruprecht-Karls-Universität in Heidelberg, Germany.

Lauren LaPlant, the daughter of Scott LaPlant, manager of manufacturing technology at the company’s Asheboro plant in North Carolina. A senior at Southwestern Randolph High School in Asheboro, Lauren plans to study chemistry at the University of North Carolina at Chapel Hill.

Larissa Waldorff, the daughter of Warren Waldorff, director of purchasing at World Headquarters. A senior at Hoover High School in North Canton, Ohio, Larissa plans to study nursing at The Ohio State University.

For more information about the 2016 scholarship winners, including images from the ceremony, visit www.timken.com/scholarship.

Timken Awards Scholarships To 17 Children of Employees Around the World