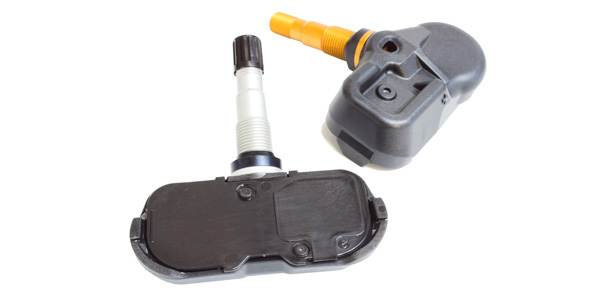 Talk about a guaranteed replacement market. There are probably more than 175 million vehicles on the road today with TPMS – and each vehicle has four sensors.

Talk about a guaranteed replacement market. Tire Pressure Monitor Systems (TPMS) have been required on all passenger cars and light trucks since model year 2008, and for a number of years prior to that many vehicles were equipped with TPMS as standard equipment or an option. Add it all up and there are probably more than 175 million vehicles on the road today with TPMS – and each has four sensors inside their tires. That’s 700 million sensors that are all aging out as the miles add up.

The life of a tire pressure sensor depends on the battery inside the sensor, and miles driven. The more miles that are driven, the more signals the sensors generate and the faster they use up their batteries. Average sensor life is about five to seven years, so the potential replacement market could be more than 150 million sensors a year.

Replacement tire pressure sensors are typically sold when one of two things happen: A sensor fails and the TPMS warning light remains on, or tires are replaced. Most tire stores recommend replacing all the sensors when a new set of tires is purchased. Existing sensors can be reused, but if they already have been in service for four or five years, they may not last another set of tires.

The automakers use a variety of suppliers for their original equipment sensors, so there are probably more than 160 different SKUs for OEM sensors. The aftermarket’s solution has been to consolidate sensors with a much smaller number of “universal,” “programmable” or “preprogrammed” sensors.

Some suppliers say just a few part numbers can cover 80 to 85 percent of the market, eliminating the need to stock such a large variety of OEM SKUs. Some applications are clamp-in valve stems with a gasket and hex nut at the base, while others are snap-in with a traditional rubber valve stem. Some aftermarket sensors will fit either type of valve stem. 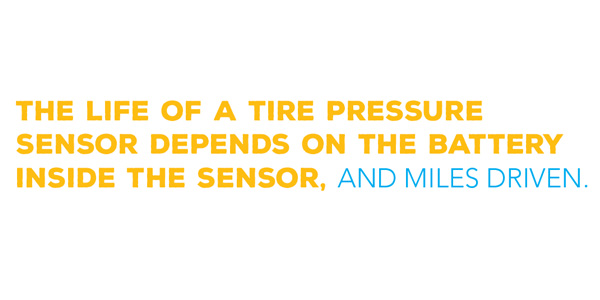 TPMS sensors typically are sold to tire dealers, fleets or repair shops that have the equipment to dismount and remount tires, and rebalance wheel/tire assemblies. They are seldom replaced by DIYers (although a few may attempt it with a set of tire irons, a mallet and a lot of elbow grease).

Other tools that are needed when sensors are replaced include a tool to activate sensors so the TPMS system can relearn the wheel position of each new sensor. This is a necessary step with most TPMS systems, except for some Chrysler and Mazda applications that will automatically relearn each sensor position when the vehicle is driven.

On some applications (like 2011 and older GM models), a U-shaped magnet is all that’s needed to activate each sensor in a specified sequence. But on many late-model applications, sensor activation requires a tool that can generate a frequency signal to turn each sensor on. A TPMS scan tool also may be required that can program sensors and communicate with the TPMS system. Such TPMS tools are available from ATEQ, Autel, Bartec, Kent-Moore, Kingbolen, NAPA, OTC, Snap-on, Wells and others.

Some replacement sensors must be programmed to the vehicle application with a unique ID number that is associated with a specific wheel location. Many “universal” sensors also must be programmed with the proper protocol information before they will communicate and function correctly. Others come preprogrammed with multi-application software already installed and do not require any additional programming, saving installation time and reducing the chance of “installer error.”