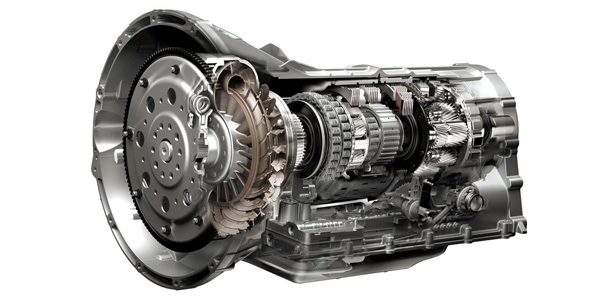 Today’s transmissions, in addition to having a ridiculous number of forward gear ratios and dedicated computers, are crammed full of sensors, switches and solenoids, each with a very specific purpose.

I have a confession to make: I have an unnatural fear of transmissions. I’ve disassembled a couple of them, all the way down to an empty case, just to see what went wrong in there, but that’s about as far as I ever got. It was more like an autopsy than an actual repair. I know I am not alone out there either, because a lot of folks just don’t like to mess with anything beyond a filter and fluid change. Heck, I know a guy who’s so intimidated by transmissions that he won’t even date anyone named Allison!

Today’s transmissions, in addition to having a ridiculous number of forward gear ratios and their own dedicated computer, are crammed full of sensors, switches and solenoids, each with a very specific purpose. Many of these have fancy technical names, which may differ slightly between manufacturers, but are described in our catalogs in more generic terms based on their category. Let’s have a look at some of these common electrical components and just what they do…

Neutral Safety Switch (NSS): At its most basic, this switch keeps the vehicle from being started while it is in gear. As transmissions have become more sophisticated, so has the NSS, and it goes by a couple of different names, too. More accurately, this is a transmission range (TR) sensor, because in addition to acting as a lockout switch for the starter, it tells the transmission control module (TCM) what gear has been selected. This also is commonly referred to as the “PRNDL” switch.

Vehicle Speed Sensor: VSS may refer to one or more sensors, and they may be within the transmission or externally mounted. The input sensor, also known as the “turbine” speed sensor (TSS), monitors the rotation of the input shaft and torque converter. The “output” speed sensor reports wheel speed or transmission output. The TCM compares these two readings, using the difference to determine the correct gear and initiating shifts as needed. The functions of the VSS may be combined with ABS or wheel speed sensors, as part of a traction control system. The output sensor signal also is used for speedometer functions. 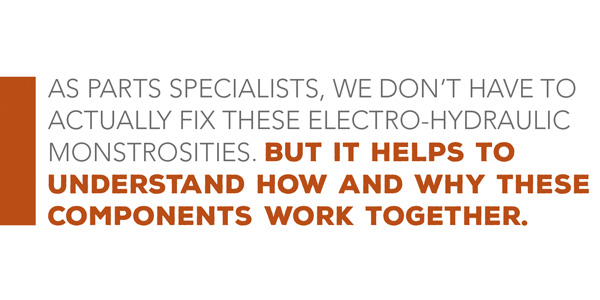 Torque Converter Clutch Solenoid: The TCC or “lock-up” solenoid allows fluid pressure to engage a clutch inside the torque converter, which effectively “locks” the engine and transmission together, allowing the transmission to spin at the same RPM as the engine. This eliminates slippage at highway speeds, increasing fuel mileage and keeping the fluid from overheating. At low speeds, the TCC solenoid disengages, releasing the clutch and allowing the converter to “slip” at idle without stalling the vehicle.

Shift Solenoids: There are multiple shift solenoids in a modern transmission, but each of these individual actuators work together to achieve each gear shift. Different combinations of open and closed shift solenoids direct fluid flow throughout the valve body, resulting in application of each gear. Individual solenoids may vary in physical shape, electrical connector shape and color, or they may be contained in a single solenoid pack. Most are cataloged by their shift function (1-2, 2-3, etc.), or assigned a letter code from A through E.

Fluid Pressure and Temperature Sensors: These sensors are part of the transmission’s monitoring system. The TCM receives inputs from the fluid pressure sensor (also called a transducer) and the fluid temperature sensor to command the various solenoids, altering line pressure, engaging or disengaging the TCC and downshifting to help prevent overheating.

Fortunately, as parts specialists, we don’t have to actually fix these electro-hydraulic monstrosities. But understanding how and why these components work together makes it a little easier for us to assist those brave souls who do!