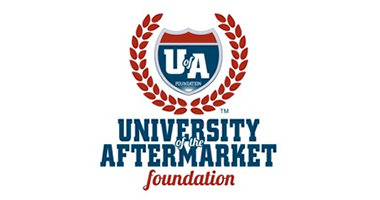 Moss, who passed away in April 2016, started Truck Parts and Service magazine in July 1966 and remained at the magazine for 41 years. 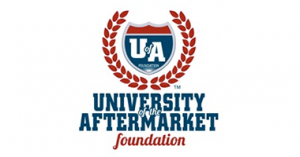 Moss, who passed away in April 2016, started Truck Parts and Service magazine in July 1966 and remained at the magazine for 41 years. To recognize the significant contribution that truck dealers made to the heavy duty aftermarket, he launched Successful Dealer magazine in 1978. An industry icon, Moss started the Council of Fleet Specialists (CFS), which later became the Commercial Vehicle Service Network (CVSN), and was instrumental in the development of Heavy Duty Aftermarket Week (HDAW). In 2015, Moss received the President’s Award from CVSN.

“A group of aftermarket veterans and friends came together to honor Jim’s legacy and because of their generosity, two deserving students will be awarded scholarships each year from the University of the Aftermarket Foundation in his memory,” said Lee. “This is a fitting tribute to a man who did so much to support and advance the heavy duty aftermarket.”

“Jim’s passion for the industry was well known and his willingness to share his knowledge and expertise with others was truly remarkable,” said Stu MacKay, president of MacKay & Company. “Since his early years of field sales work, Jim was an evangelist for the vital role of independent parts distributors and service providers as well as the dealer network. Above all, he was an enthusiastic mentor to many young people and industry newcomers.”

Each year, two deserving students who will be enrolling full time at a four-year college, will be awarded scholarships from the University of the Aftermarket Foundation in memory of Jim Moss. To make a donation, visit www.UofAFoundation.com or call Barbara Cunningham at (816) 584-0511. The University of the Aftermarket Foundation is a 501(c) 3 not-for-profit organization and all contributions are tax deductible to the extent provided by law.