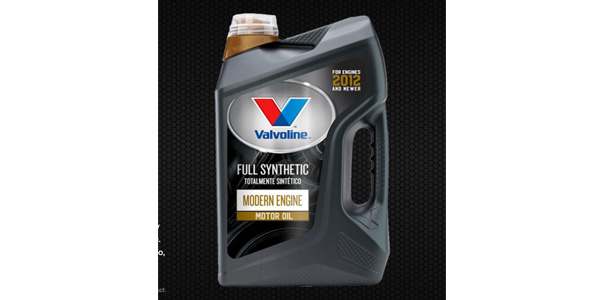 Valvoline said it has developed a new motor oil engineered to protect against carbon buildup in gasoline direct injection (GDI), turbocharged and other engines manufactured since 2012.

LEXINGTON, Kentucky – Valvoline said it has developed a new motor oil engineered to protect against carbon buildup in gasoline direct injection (GDI), turbocharged and other engines manufactured since 2012.

Engines in newer vehicles are built smaller and more efficient than ever. As a result, they run hotter, and are more susceptible to developing low speed pre-ignition (LSPI) knocking due to abnormal combustion, as well as fuel- and oil-related carbon buildup. These issues could lead to power and fuel-economy loss – and, ultimately, engine breakdown.

Valvoline has been at the forefront of combating carbon buildup in newer engines, according to the company, and in 2017 was first-to-market with a carbon buildup cleaning solution, Easy GDI Fuel System Service with Power Dispersal Technology.

“For over 150 years, Valvoline has been at the helm of product innovation, meeting consumer needs with smart science and solutions,” said Heidi Matheys, Valvoline chief marketing officer. “Our team is leading the industry with the launch of Valvoline Modern Engine. As part of our full synthetic portfolio, Modern Engine will combat potential carbon build-up in newer engines – an issue that degrades vehicle performance. Most consumers are unaware that the issue even exists, even though it has the potential to impact roughly 100 million newer vehicles on the road today.”