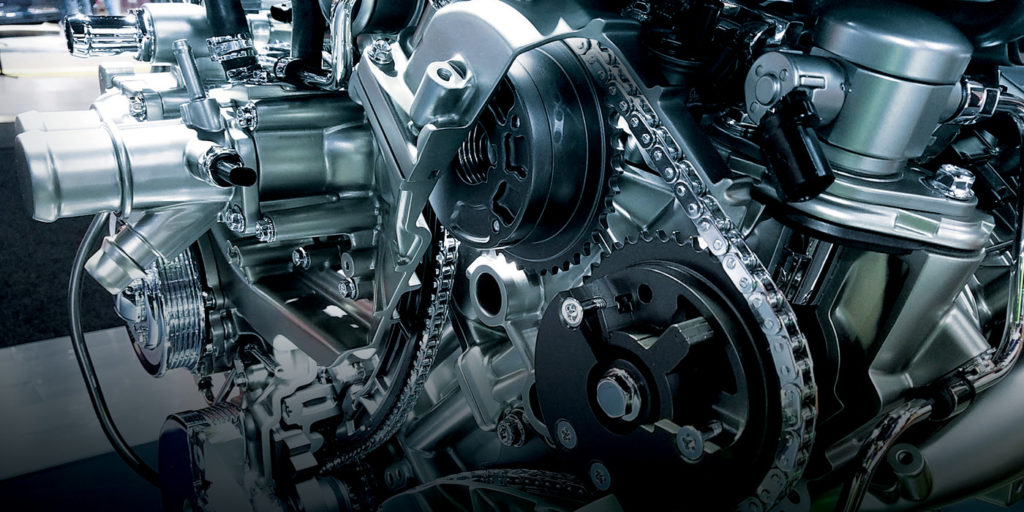 Ever since Honda introduced the VTEC (Variable Valve Timing & Lift Electronic Control) engine in the late 1980s, automakers have been devising various ways to adjust the engine’s valve timing for the sake of emissions and performance.

The VTEC engine indeed was a watershed moment in automotive-engine history, because it was the first production engine with computer-controlled valve timing. Honda’s system included switchable cam-lobe profiles that essentially could cover two events: high rpm (power) and low rpm (fuel economy). The VTEC system uses two or three camshaft profiles and hydraulically selects between them. It’s distinctly different from standard VVT (variable-valve-timing) designs that only change the valve timing and don’t change the camshaft profile or valve lift.

The relationship between the camshaft and crankshaft is critical in today’s VVT systems. The camshaft and valvetrain act as the engine’s nervous system when it’s linked to the ECU. The cam- and crank-position sensors tell the ECU when to adjust valve opening, closing and, in some cases, lift. Since the valves control the amount of air and fuel that flows into the engine, they must be opened and closed at precise times for maximum efficiency. The camshaft and crankshaft are connected via a gear, belt or chain controlled with an oil-control solenoid that allows a cam phaser to fill with oil and advance or retard valve timing.

Without variable valve timing or variable valve lift, the valve timing remains the same for all conditions; thus, compromises are necessary from a cam-profile perspective. An engine equipped with variable valve timing isn’t constrained by a set profile, allowing performance to be improved over a broader operating range. By coming up with a way to alter valve timing between high and low rpms, manufacturers now can tune valve operation for optimum performance and efficiency throughout the entire rpm range. The camshaft’s timing is advanced to produce better low-end torque, or it can be retarded to have better high-end torque as the conditions arise.

Most variable-valve-timing systems only can control the position of the camshaft to advance or retard the valve timing. While many DOHC engines advance/retard the intake and exhaust camshafts separately, some control the exhaust cam.

Precise camshaft timing is achieved by pulsing an oil-control valve via the ECU. The oil-control valve has an orifice that bleeds off oil pressure, so cam timing is adjusted when the pulse width applied to the oil-control valve increases. But if a sensor tied to the system fails, the phaser will lock into a default timing position (fixed timing). Some VVT designs also employ a separate valve-timing sensor (VTS) to provide more precise feedback to the ECU. But most modern VVT designs use vane-type phasers to adjust valve timing. And most OEMs employ a similar arrangement of sensors and oil-pressure-control mechanisms to enable computer control.

Timing chains that are loose or stretched, or a worn tensioner or guide, can retard cam timing and potentially affect cold starting and performance.

Engine-oil viscosity and flow capacity is another area that can affect how the cam phaser controls the valve timing. Thus, following the OEM recommendations for oil-service intervals is critical to keep metal parts from wearing and enable the cam timing to function as intended. Using a non-OE-approved oil with a low-capacity oil filter can cause sludging or varnishing that may affect the cam phaser’s ability to advance or retard positions. Thicker oil viscosity also can clog or sludge the oil passages in the cylinder head and oil-control valve. Keep in mind that the oil also is used as hydraulic oil in a VVT to control flow to the phaser or a secondary cam-lobe profile.