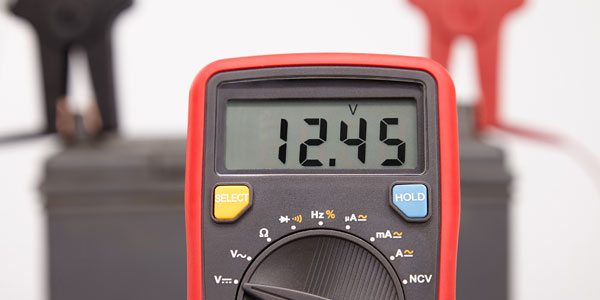 No battery should be replaced unless it has been tested to verify if it is GOOD or BAD. 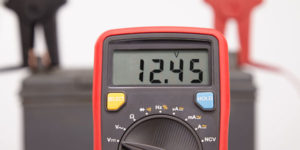 Battery sales jump twice a year, during the hottest weeks of summer and during the coldest weeks of winter. Heat is hard on batteries because it increases the rate of water evaporation from the cells even in sealed top batteries. Cold is hard on batteries because lower temperatures sap the cranking power of the battery, forcing it to work harder to start a cold engine with thick oil.

Other factors can cause batteries to fail anytime of year. These include overcharging, undercharging and excessive vibration. Overcharging can kill a battery very quickly by boiling electrolyte out of the cells, and by overheating and warping the cell plates. Undercharging can shorten a battery’s life by allowing the plates to be come permanently sulfated.

Automotive lead-acid batteries last longest when they are maintained at or near full charge. Unlike deep cycle marine or RV batteries that can handle deep discharges and prolonged periods of being undercharged, most car batteries will die a premature death if they are run down too often or left in a state of low charge for a long period of time.

The plates and connections inside a wet cell lead-acid battery also are fairly brittle and can easily crack if the battery is subjected to too much jostling and vibration. Driving on extremely rough roads for long periods of time can literally shake a battery to death. Also, if the battery holddown clamp is loose or missing, the battery can flop around like a fish out of water on a rough road. Not only can this damage the battery but it also risks shorting out the positive battery post and cable against any nearby metal surface.

Average battery life in hot climates (like Arizona, New Mexico, Nevada, etc.) for a typical wet cell lead-acid battery can be as short as three years — even the ones with long warranties due to excessive evaporation of the water inside the battery. In more moderate climates, average battery life is four to five years, or up to six or seven years for an AGM (Absorbed Glass Mat) battery. AGM batteries have no liquid electrolyte inside because the electrolyte is in a paste between the plates. Evaporation and spillage are usually no problem with most AGM batteries — provided they are not overcharged. However, they may be damaged by exposure to excessive heat. That’s why some AGM batteries are mounted inside the passenger compartment or truck of a vehicle to keep them away from the heat in the engine compartment.

AGM batteries are used in many late-model hybrid vehicles that have idle stop-start systems because they handle these kinds of loads better than wet cell lead-acid batteries. They also recharge at a faster rate following a high amp load. If a customer needs a replacement battery for a late-model application that has an AGM battery, make sure they get an AGM replacement battery. Do not substitute a less expensive conventional wet cell battery for an application that calls for an AGM battery.

It is okay to go the other way and upgrade a conventional wet cell battery with an AGM battery. Just make sure the Cold Cranking Amp (CCA) rating of the replacement battery is the same or higher than the original battery for reliable cold starting.

No battery should be replaced unless it has been tested to verify it is GOOD or BAD. If a battery is run down but tests good, there is no reason to replace it. Simply recharge it and return it to service. The vehicle’s charging system should also be checked to find out why the battery ran down.

Batteries in many late-model vehicles continue to discharge when the key is off due to the ongoing current drain that is needed to keep module memories alive. Most go into a sleep mode to reduce the drain, but some do not. If the vehicle isn’t driven for 7 to 10 days, battery charge may be down to 60 percent or less. That’s still good enough to crank the engine on most days, but may not be enough power on a really cold day. It takes up to 30 minutes or more of driving to recharge a battery that is only 60 to 70 percent charged. Many vehicles that are only driven for short trips may never fully recharge their batteries, resulting in shortened battery life.