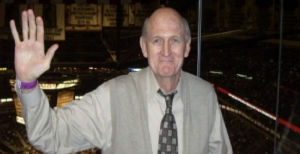 BG is survived by his wife of 61 years, Loretta (nee Kelly) and three children, sons Bill, Jr. (Linda), Brian (Kristen) and daughter, Karen. He is also the proud grandfather of four grandchildren – Kelly, Ryan, Bobby and Ashley and dear brother of Bernie and late Francis.

“BG” was an icon in the trade show industry for more than 65 years. He began his career at the Conrad Hilton Hotel in Chicago, while attending Loyola University.  In 1967, he became director of sales for Hilton Catering at McCormick Place and later returned to McCormick Place as director of sales and marketing for Greyhound Food Management. In 1975, he was hired as show manager by the Electronic Industries Association to manage their Winter and Summer Consumer Electronics Shows (held in Chicago and Las Vegas). He was later promoted to vice president, where he remained in that capacity until he started his own business – W. T. Glasgow Inc.

In 1984, BG launched his company with the management contract of the former APAA Show.  When APAA merged with the Big I Show, Glasgow was awarded the management contract for the combined event, known today as AAPEX, which ranks No. 29 in Trade Show Week’s prestigious “Trade Show 100.” He was the first recipient of the U.S. Department of Commerce E-Certificate for Service in promoting exports through trade shows.

Glasgow organized and was the first chairman of the Major American Trade Show Organizers (MATSO), so that show managers of major trade shows would have a forum to discuss the unique needs and common problems shows experienced by shows of large magnitude. In 2010, BG received the “Outstanding Achievement in Industry Leadership Award” from the International Association of Exhibitions & Events (IAEE). In 2012 he retired, transitioning the leadership of the company to his sons, Bill and Brian.

He will be greatly missed by his family and those who were privileged to work with him in the trade show industry for his more than 65 years in the business. Leaders from the Auto Care Association and the Motor & Equipment Manufacturers Association (MEMA), which jointly own the AAPEX show, had this to say about him:

“Bill was the hero of AAPEX and the conductor of the AAPEX symphony, gracefully making it all happen, all shine and all resonate. He was at home behind the scenes but the well-known leader. Bill mentored many and devoted his career to make others successful,” said Kathleen Schmatz, MAAP, president and CEO, Auto Care Association.

“In 2012, MEMA honored Bill Glasgow Sr. with its most prestigious award, the MEMA Triangle Award. It is based on the philosophy that many of the most important contributions to the industry are made by those who work quietly and effectively behind the scenes to advance the interests of the entire industry. Bill was the unanimous winner that year, because that accolade so fit him and his work on AAPEX,” said Steve Handschuh, president and CEO, MEMA.

“Through his efforts literally working behind the scenes at AAPEX, our annual industry event has become one of the world’s premier automotive aftermarket trade shows. He worked tirelessly to establish a professional business environment at AAPEX and ensure ROI for its exhibitors.

“He left the aftermarket a great legacy: the high standards of excellence at AAPEX and his family, who carry on the tradition that Bill so firmly established,” Handschuh concluded.

BG is survived by his wife of 61 years, Loretta (nee Kelly) and three children, sons Bill, Jr. (Linda), Brian (Kristen) and daughter, Karen.  He is also the proud grandfather of four grandchildren – Kelly, Ryan, Bobby and Ashley and dear brother of Bernie and late Francis.

In lieu of flowers, donations can be sent to Leo Catholic High School: