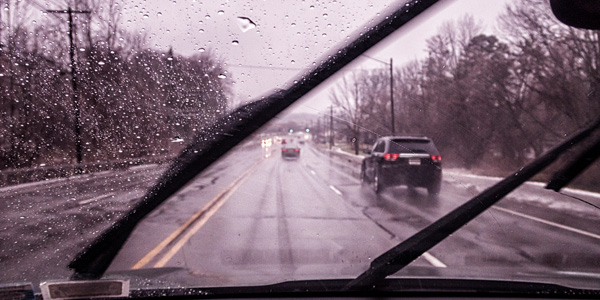 Drivers tend to ignore their wipers until they break or stop working entirely – and then they come to you.

A few years ago, McLaren said it was developing a wiperless windshield. That was in 2013, and we still haven’t seen it. The company has produced several Formula One cars and a few thousand supercars since then, so it must be nearly impossible to create a windshield without the need for wiper blades.

Windshield wipers are arguably one of the most underrated safety components on the vehicle. Drivers tend to ignore their wipers until they break or stop working entirely – and then they come to you.

One of the first things a counter pro learns on the job is how to install a windshield wiper. It may be the unofficial test for a new hire. Drivers of all ages and genders don’t know how to fit their wiper blades, so they often depend on you – the counter pro – to be the hero.

Dirt, salt, bugs and grime land on the windshield and act as sandpaper as the wipers pass over them, and the sharp edges that once wiped the windshield clear with every swipe get worn down. Blades that are torn, rotted, brittle or otherwise not working need immediate attention. Likewise, if you can run your finger along the edge of the blade and it is rough or leaving streaks on the windshield, it should be replaced.

Replacing a wiper blade is a relatively simple process once you’ve mastered the adaptors that come with it. The hard part is steering your customer to the right blade. There are a lot of brands and styles from which to choose that will satisfy the budget-conscious or premium-blade buyer. Drivers often don’t often notice the degradation of their wipers, so it’s best to plan on replacing them twice a year.

Beam-style blades are being used more and more on late-model cars because they don’t make as much noise and they can withstand the snow and ice better due to the fact there’s no frame that can clog or break. Conventional-style blades have a steel frame that holds the blade in place and is under tension to fit the curvature of the windshield. Both styles are effective at clearing the windshield, but owners usually want to replace with the OE style or better.

Most of the premium blades are beam-style, but all wiper blades degrade after a short time, so getting your customers to change them often is the key. And, if you live where there’s snow, winter is an excellent time to remind customers to change their blades. Also, remember to tell your wholesale customers to keep some of the more common sizes on-hand for quick add-on sales.

Advertisement
In this article:Aftermarket Parts, Technical