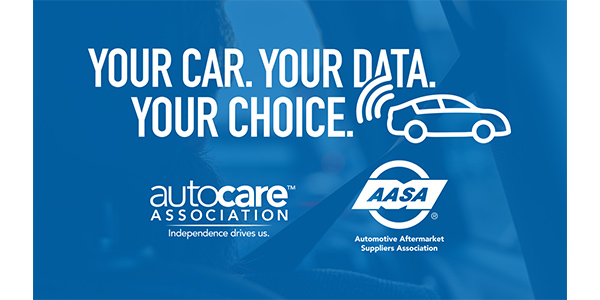 The campaign was featured at the Federated Auto Parts 400, the annual Monster Energy NASCAR Cup Series race held at the Richmond Raceway in Richmond, Virginia.

National campaign takes fight to the NASCAR track to spread awareness of the importance of consumer access and control of car data.

National education campaign, “Your Car. Your Data. Your Choice.”, partnered with Federated Auto Parts to bring attention to an urgent issue for drivers everywhere – car data access and control. The campaign was featured at the Federated Auto Parts 400, the annual Monster Energy NASCAR Cup Series race held at the Richmond Raceway in Richmond, Virginia.

Car data access and control is an issue with implications for millions of car owners and drivers nationwide. Newer model cars are equipped with advanced technologies that enable real-time, wireless transmission of data related to driver behavior, GPS location and vehicle health, including maintenance and repair information.

As this technology advances, carmakers are locking in exclusive access to and control of car data. By restricting access to car data, carmakers are monopolizing this data for their own gain — at the expense of car owners and drivers. The result could lead to greater inconvenience, greater cost and fewer options for repair and maintenance services for car owners and drivers.

As part of its partnership with Federated Auto Parts, the campaign handed out promotional and informational materials from its booth in the hospitality area of the racetrack before the race began. The campaign also received the help of former NASCAR racer Ken Schrader. Before retiring in 2013, Ken Schrader raced in the NASCAR Sprint Cup Series for 32 years. In that time, Schrader raced in more than 1,000 races, winning numerous awards and achievements. Currently, he races on local dirt and asphalt tracks nationwide and drives part-time in the ARCA Racing Series.

“No one understands the importance of being able to access car data more than me,” said Schrader. “It’s the consumer’s car. It should be his or her data.”

For more information about the campaign, visit yourcaryourdata.org.

Your Car. Your Data. Your Choice. Partners With Federated Auto Parts