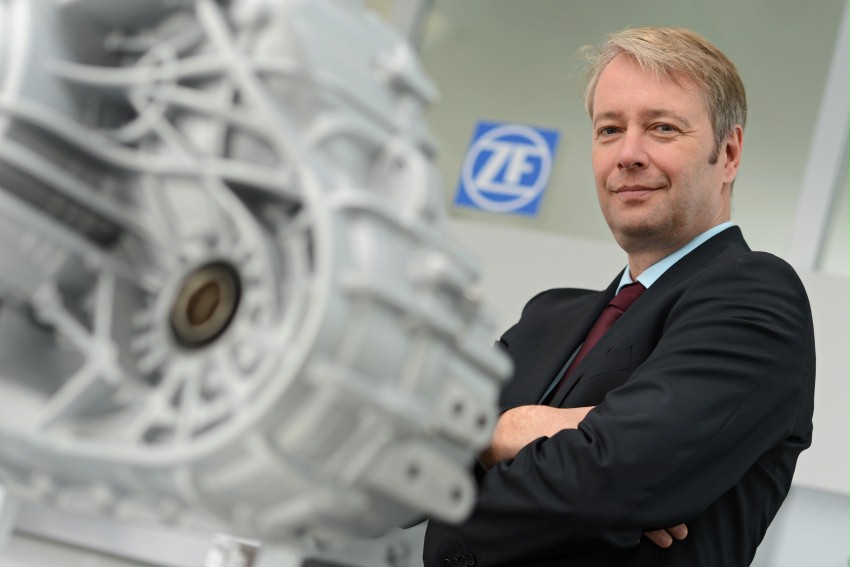 Planned acquisition of TRW Automotive and upcoming integration of the company are key topics for company. 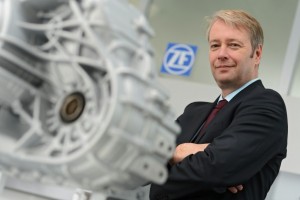 STUTTGART, Germany — “The year 2014 was not an easy one for the automotive industry,” said ZF’s CEO, Dr. Stefan Sommer, at the year-end press conference in Stuttgart on Thursday. “Thus, it is all the more pleasing that we managed to grow above average thanks to the commitment of the ZF employees.” At the presentation of the annual financial statements in April, ZF expected a “high single-digit” growth.

The heterogeneous development of individual markets had been a particular challenge, stressed Sommer: “The difficult economic situation in Brazil and the Russian-Ukrainian conflict tangibly affected sales in the Regions of South America and Eastern Europe.”

In South America, for instance, sales dropped by approximately one fifth to €550 million. However, the situation is quite different in North America and Asia-Pacific: Here, ZF increased its sales by around one fifth to €3.7 billion and €3.6 billion respectively. In Europe, the company recorded a sales increase of 5 percent to €10.3 billion. Currency effects, however, had leveled this year to a great extent, explained Sommer. Opposed to the previous years, they only had a minor effect on the financial results. The latter will be presented by ZF at the annual press conference in April 2015.

For next year, ZF’s CEO anticipates a similar growth rate to this year in all product segments with a moderate growth of the markets. Moreover, Sommer expects a stabilization of another market important for ZF – the market for construction and agricultural machinery.

The key topic for the year 2015 will be the conclusion of the TRW Automotive acquisition as well as the subsequent integration of the company. After the TRW shareholders voted in favor of the acquisition on November 19, some investigations with regard to antitrust law are currently performed. Until the final closing of the acquisition, which is expected in the first half of 2015, “a team of specialists of both companies will be preparing the integration,” explained Sommer. The team is headed by a manager with extensive experience in automotive industry and integration matters. “It is important to merge the best elements from both worlds,” Sommer emphasized, “in order to leverage this strategically unique opportunity.” Thus, the highly efficient hybrid drive technology by ZF on the one hand, and future technologies like TRW’s advanced driver assistance systems on the other, will form a sophisticated portfolio.

Furthermore, the year 2015 will be an important anniversary year for ZF: One hundred years ago, on Sept. 9, 1915, the “Zahnradfabrik GmbH” – and thus the core of today’s company – was founded as a company “to produce gears and transmissions for aircraft, motor vehicles, and motorboats”. Despite an eventful history, ZF seized its entrepreneurial opportunities and developed into a worldwide leading company for driveline and chassis technology.

ZF will celebrate the centennial with its employees worldwide in different ways, for instance, during Family Days at the locations in Germany and abroad to offer the employees’ families a look behind the scenes. “We are looking forward to celebrating this anniversary with all of our employees,” said Sommer, “as well as to welcoming the new, motivated employees of TRW with their expertise and innovative ideas to the ZF Group.”