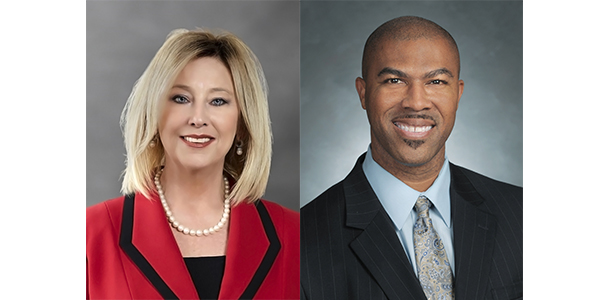 “The addition of these key senior executives further builds out the company’s leadership team following the merger of AP Emissions and Centric Parts in 2017,” the company said.

APC Automotive Technologies has announced the appointment of Tribby Warfield as its chief executive officer and James McCoy as its chief operating officer.

“The addition of these key senior executives further builds out the company’s leadership team following the merger of AP Emissions and Centric Parts in 2017,” the company said in a news release.

Warfield comes to APC with a wealth of experience in the automotive and industrial markets. Previously, Warfield served as the senior vice president of business development and strategy for Nitta Corp. (industrial belting, tubing and hoses) with responsibilities spanning Europe, the Middle East and Africa. Prior to that, she held dual roles as the senior vice president and general manager of Kaman Fluid Power and Kaman Automation.

“I’m excited to join APC just as we are starting to see the benefits of bringing together these leading organizations,” said Warfield. “With the strength of our brands, exceptional customer service and talented people, we plan to accelerate APC’s growth through onboarding new customers, expanding into new channels and continuing to grow our product offering to the aftermarket.”

McCoy brings more than 25 years of diversified experience, including lean manufacturing and automotive and industrial products, to the APC Automotive Technologies management team. McCoy most recently worked for Forterra Inc. as a senior vice president of operations. Prior to that, he served in large-scale global executive-level positions at Pentair Corp., Tarkett Inc., Gates and Danaher Corp.

In previous roles, he was responsible for multiple facilities and drove performance improvement in cost, quality and service level on a consistent basis, according to the company.

McCoy holds an MBA and a B.S. in Mechanical Engineering from the University of Arkansas.

“I look forward to working with Tribby and James as we continue to grow the business,” said Mike Barto, president of APC. “Since the merger of AP and Centric, we have planned and executed on multiple initiatives. One of those initiatives was to build out our senior management team. With the appointments of Tribby and James, we have welcomed a pair of experienced leaders to take APC into the future. We are excited about the skills they bring to the company and know that they will be critical components to our future growth and success.”