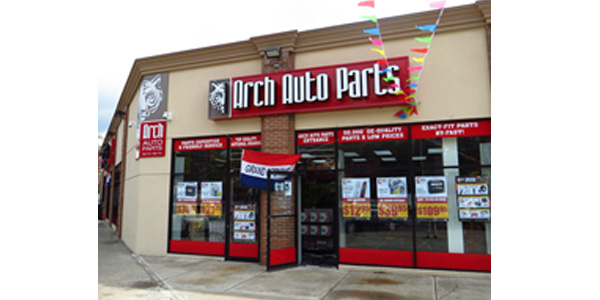 “In Queens, traveling half a mile can feel like traveling to a different country,” said Moe Ali, senior vice president, sales. “The language, music, and popular foods might be completely different from one neighborhood to the next. What doesn’t change is that people want an auto parts store they can trust for high-quality auto parts at discount prices, and counter staff to help them quickly get the right parts for their cars.”

For Arch Auto Parts, an important factor in earning community trust is by operating locally, from the CEO to counter staff, according to the company.

“When it’s a neighbor at the counter, customers know that we are giving it to them straight.” said CEO Chris Bodh, who has lived in Queens for 38 years. “The second part of keeping that positive relationship is by delivering on our promise of providing high-quality auto parts at discount prices.”

Even though Arch Auto Parts’ territory is comprised of many different communities, each one is an interconnected network made up of friends and family who look to each other for recommendations, the company noted.

“These communities tend to be close-knit,” Bodh explained. “Everyone has a friend, cousin, or mechanic that they call for advice when it comes to fixing their car. These people are our core customers, and word-of-mouth referrals have always been our most effective tool for marketing.”

What began as one store in Jamaica, Queens, now includes 13 stores in Brooklyn, Queens and Nassau County. As Arch Auto Parts’ good reputation spread, so did the demand for offering additional services. Arch now offers custom services such as key-cutting, strut compression and flywheel resurfacing.

Another major development for Arch Auto Parts was the recent renovation of its flagship store, warehouse and corporate warehouse. Prior to renovations, the location at 181 Jamaica Ave. in Hollis primarily looked like a warehouse from the outside. While the site includes a large warehouse with more than 50,000 parts, it is also a bustling retail store with a new exterior that now welcomes walk-in customers from the street, the company noted.