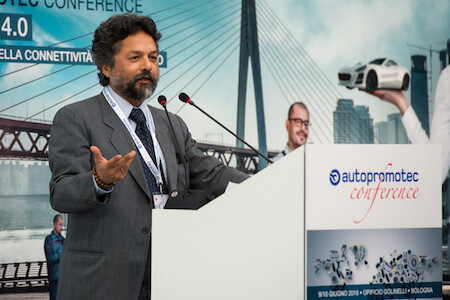 Autopromotec Conference – State of the Industry 2016, was organized by Autopromotec and held in Bologna June 9-10.

BOLOGNA, Italy — Autopromotec, the specialized international exhibition of automotive equipment and aftermarket products, recently held its first Autopromotec Conference, which outlined the the of the global automotive aftermarket, analyzing the main factors and coming challenges presented to all stakeholders in the industry.

Autopromotec Conference – State of the Industry 2016, was organized by Autopromotec and held in Bologna June 9-10.

During the conference, guest speakers including industry experts of international prominence, emphasised how the automotive market is undergoing a profound moment of change dictated especially by the Internet of Things (IOT), the extension of the Internet to the world of objects, and in this specific case, of vehicles and automotive equipment.

The central theme Autopromotec Conference explored was new technology applied to vehicles and how these technologies will impact the after-sales supply chain and automotive service.

In order to maintain competitiveness and provide a professional service, an awareness of the new context and new demands of customers is essential, attendees heard. 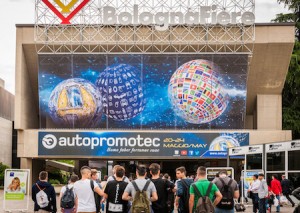 In addressing conference attendees, Professor Dipak R. Pant, head of the Interdisciplinary Unit for Sustainable Economy at Carlo Cattaneo University, underlined the importance of knowing how to add value and versatility to technological upgrading, making it simple and easy to use for a diverse set of users.

All this takes on even greater value in the automotive aftermarket segment during a time of enormous technological developments.

With the first edition of Autopromotec Conference – State of the Industry 2016, Autopromotec reinforces its role as a major venue for the entire automotive industry to join and share information and viewpoints.

In addition to its function as the organizing body of the trade exhibition, Autopromotec adds to its mission a “conference” dimension, conceiving and promoting an important moment of synthesis, which has given voice to the protagonists of the change under way.

For more information on Autopromotec and the 2017 edition, set for May 24-28, visit http://www.autopromotec.com.

First Edition Of Autopromotec Conference - State Of The Industry 2016 - Is Held In Bologna, Italy