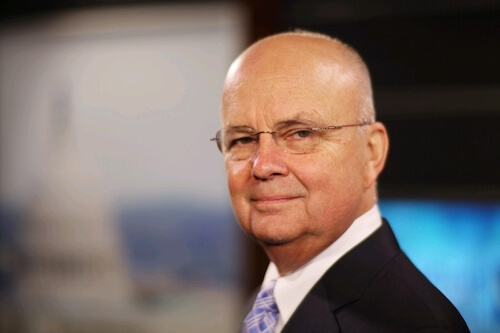 During his address, Hayden will dissect political situations in hot spots around the world, analyzing the tumultuous global environment and offering an unapologetic insider’s look at what it all means for America and America’s interests. He will speak on the need to adapt to the ever-changing informational landscape and the dangers, risks, and potential rewards of America’s cyber security situation.

Hayden is the author of the upcoming book Playing to the Edge: American Intelligence in the Age of Terror. He is the only person to have ever led both of the country’s premier intelligence agencies, and he did so during a time of heinous new threats and wrenching change. He was on the frontline of the war on terrorism and the growing cyber challenge, and a participant in some of the most telling events in American national security history. As a result, he understands the political, economic and security situations facing the nation unlike anyone else.

Hayden became director of CIA in May of 2006, capping a career in service to the United States that included nearly 40 years in the Air Force. He served until 2009. From 2005-2006, he was the country’s first principal deputy director of national intelligence and the highest-ranking military intelligence officer in the country. From 1999-2005, he served as the director of the NSA and chief of the Central Security Service (CSS) after being appointed by President Clinton.

During his military career, Hayden served as commander of the Air Intelligence Agency and director of the Joint Command and Control Warfare Center. He served in senior staff positions at the Pentagon, at the headquarters of the U.S. European Command, at the National Security Council, and the U.S. Embassy in Bulgaria. He also served as deputy chief of staff for the United Nations Command and U.S. Forces in South Korea.

Hayden is currently a principal at the Chertoff Group and a distinguished visiting professor at George Mason University’s School of Policy, Government and International Affairs. He was also the inaugural visiting professor in intelligence studies at Oxford University. In 2013, the Intelligence and National Security Alliance awarded Hayden the 29th annual William Oliver Baker Award.

The AAPEX General Session is included in AAPEX registration. To register, visit: www.aapexshow.com/news.