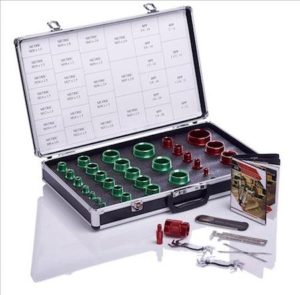 Gates also adds a new fuel filler hose for all engines of 2015 Ford Transports. Now you can simply replace just the hose at about half the price of replacing the entire assembly. A new EGR molded coolant hose for 6.0 L 2003-2010 Ford Super Duty vans and pick-ups has also been released. Gates’ precise-fit EGR Cooler Hose with reinforced silicone and O-ring quick-connect ends is an exact OE replacement. Finally, three new timing component kits for the 2011 and newer Ford Fiesta, the 2012 and newer Fiat 500, and a kit for the injection pump drive on the 2009-2012 Audi Q7 has also been released covering over 600,000 VIO.

“Gates continues to be committed to product development, both in terms of cutting edge innovation and meaningful solutions for specific market needs,” said Jack Ramsey, Gates senior vice president, North American Automotive Aftermarket. “We are pleased to be able to offer new products that grow our channel partners’ business through line extensions as well as address emerging needs and technologies.”