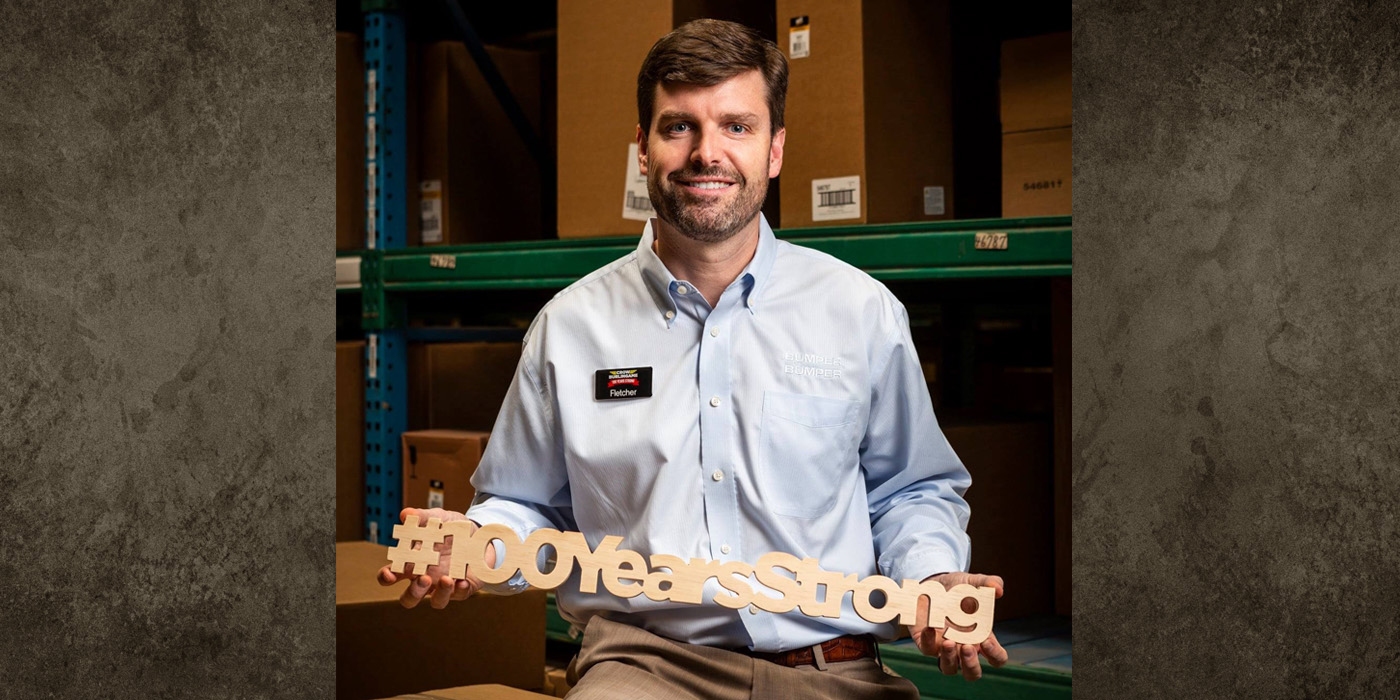 In Part 3 of our series, we share the story of Fletcher Lord III, president of Crow-Burlingame in Little Rock, Arkansas.

In Part 3 of our series, we share the story of Fletcher Lord III, president of Crow-Burlingame in Little Rock, Arkansas.

In 2019, Fletcher Lord III, great-grandson of Bob Crow, one of the co-founders of Crow-Burlingame (Parts Warehouse Inc.), stepped into the role of president just as the Little Rock, Arkansas-based parts distributor was celebrating its centennial.

When asked what has been the best advice he has received so far from the generations before him, the message was simple, he says: “‘Don’t mess this thing up.’ No pressure, right? On a serious note, the parts business is a people’s business, and so as we say around the office and in our stores, ‘It’s all about the people.’”

The fourth generation to lead the business, Lord III explains that always having a solid team of leaders in place – including his father, well-known industry veteran E. Fletcher Lord Jr. – is a big part of the 100-year-old company’s success.

“The experience and wisdom are shared from one generation to the next, and it’s important to me that we make sure those lessons aren’t lost or wasted. One of the best lessons I’ve learned is that the company does not run with one person driving it; it is a team of leaders who makes things happen,” Lord III says.

When it comes to needing wisdom, his father is his first call, he says.

“I have always looked to my father for advice on life and work,” Lord III says. “I’m very fortunate to have him to lean on, whether it’s borrowing five bucks to pay a golf bet or looking at what the future of the parts industry holds. He instilled in me the importance of people and relationships and I will never take his advice for granted. Even today, he continues to show me that this company was built on relationships through and through.”

From one generation to the next, Crow-Burlingame has grown from 46 stores when E. Fletcher Lord Jr. took over to more than 300 locations and 2,000 people in the company’s network today. Being a member of the Aftermarket Auto Parts Alliance gives Lord III an additional expansive list of resources to connect with as a young leader, he says.

“Since Parts Warehouse is part of the Alliance Bumper to Bumper/Auto Value group, our resource list is vast,” Lord III says. “Through affiliations and networking, we have gained many friends of all ages within the industry. My father knows everybody in the parts world, from manufacturers, members of other groups, and his Alliance board friends.”

Maintaining the focus on people, both employees and customers, is one of the foundations of Crow-Burlingame’s culture, Lord III says.

“Our company culture has always been and will remain customer-focused,” he says. “In addition to that, we empower our employees to drive our business. We need entrepreneurs managing our stores, meaning many companies sell auto parts. But how do these independent owners and company-store managers provide a difference to their customers?”

When it comes to ensuring the business remains strong for years to come, Lord III says it’s all about taking care of your people.

“Our leadership is far from one person leading the company,” he said. “We’re a 100-year-old business that believes in family and doing the right thing. We know that if we take care of our customers and employees, they will take care of us.

“I genuinely believe that if people don’t like where they work, they will try and find another workplace. Fortunately, we have many employees who have stuck around with us. One of our longtime employees, Mr. B, celebrated 69 years with our company this year! And we have many others who have been with us for over 20 years. We built a family culture that, as a company, we embrace daily to put our employees in a position to succeed and enjoy what they do. I think that shows by the longevity of our team members.”

Growing The Family Business: Charlie Crouse
Connect with us

Education: Warranty Returns Got You Down? Check The Part!