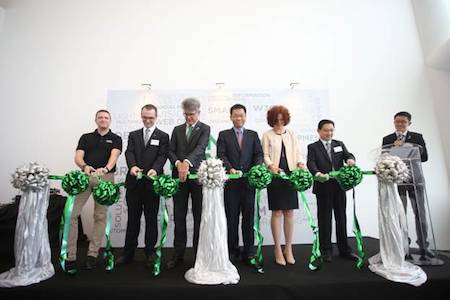 The lab will be an integral part of MANN+HUMMEL’s research and development blueprint in developing and delivering smart technologies in the filtration marketplace.

SINGAPORE — MANN+HUMMEL announced the launch of its global Internet of Things (IoT) lab at an opening ceremony today attended by industry & technology partners. The lab will be an integral part of MANN+HUMMEL’s research and development blueprint in developing and delivering smart technologies in the filtration marketplace.

The MANN+HUMMEL Group is a leading global expert for filtration solutions and development partner and original equipment supplier to the international automotive and mechanical engineering industries. The lab will be one of the few industrial IoT labs in Asia focused on the research and development of creating innovative automotive, industrial and commercial air filters.

“The lab in Singapore will be our new Global Center of Competence for IoT solutions. We will harness our understanding of the filtration industry and the needs of our vast customer base and build optimized smart solutions with advanced sensors and predictive capabilities,” said Thomas Fischer, chairman of the supervisory board at MANN+HUMMEL. 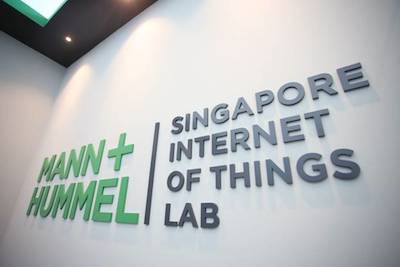 MANN +HUMMEL’s decision to invest in the digitalization of advanced cleantech technologies especially that of an industrial scale comes at an apt time when the region is grappling with the consequences of air and water pollution. “Establishing the lab in Asia especially in Singapore will allow for the acceleration and adoption of these new technologies to take place,” Fischer added.

Yeoh Keat Chuan, managing director, Singapore Economic Development Board said, “Singapore is investing heavily in building up Industrial Internet-of-Things capabilities as part of our advanced manufacturing thrust. MANN+HUMMEL’s decision to establish its Global Industrial IoT lab in Singapore is well aligned with Singapore’s ambition to be the world’s first Smart Nation. We are confident that MANN+HUMMEL will be able to forge many partnerships with other complementary players in the Singapore IoT ecosystem.”

There are practical considerations in developing smart filtration technologies. Countries around the world have started to pass regulations to curb the level of air and water pollution. For example, in Singapore, the levels of air pollution are not constant. In the months of the haze, there is an urgent need for better management of pollution. Smart air filtration systems, by leveraging off IoT can automatically correlate and adjust the level of filtration needed according to the level of pollution. Ultimately, the goal is to optimize performance by using less energy yet ensuring comfort.

Another key application is that of automobiles. MANN+HUMMEL is one of the world’s leading manufacturers of cabin filters for automobiles.  Incorporating smart technology into car filters will improve the health of the millions of drivers around the world.

“We will build a business model by putting the customer first and then select the right IoT concepts to bring innovative value propositions to our end users,” said Nicolas Payen, director of the IoT lab. The lab will hire system, hardware, firmware and software engineers as well as data scientists. They are actively working simultaneously on more than ten innovation projects with another 30 in the pipeline. MANN+HUMMEL embraces the Open Innovation model by partnering and collaborating with both established technology providers and startups. “Singapore has a lot to offer when it comes to accessing the best of digital technology. The level of productivity that we can achieve is impressive,” Payen added.

In line with Industry 4.0, MANN+HUMMEL aims to improve the productivity of their manufacturing operations by utilizing digital technologies that are more agile and more connected.