PHILADELPHIA – EY announced that Michael Cardone Jr., owner and chief strategy officer of CARDONE Industries, has received the EY Entrepreneur Of The Year 2014 Lifetime Achievement Award for the Philadelphia region. The award recognizes outstanding entrepreneurs who demonstrate excellence and extraordinary success in such areas as innovation, financial performance and personal commitment to their businesses and communities. Cardone was selected by an independent panel of judges, and the award was presented at a special gala event at the Pennsylvania Convention Center on June 12. 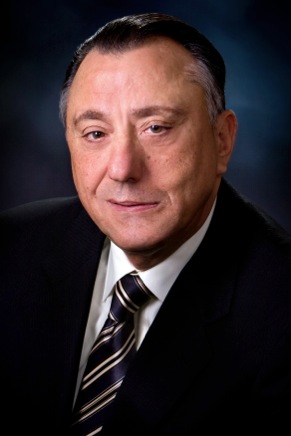 “It is with great pleasure that I accept this award on behalf of all those who have helped make CARDONE a champion of innovation,” said Cardone. “Growing this business from a single room to over 6,000 employees in several countries was no easy task, and I owe my sincere gratitude to the employees of CARDONE Industries for their tireless efforts to grow our business.”

Cardone co-founded CARDONE Industries with his late father, Michael Cardone Sr., in 1970. Today, this family business, spanning three generations, is the largest family owned remanufacturer of automotive parts in the world. Cardone has received numerous awards for his achievements over the years, including the Automotive Warehouse Distributors Association’s (AWDA) Automotive Leader of the Year Award in 2001 and Automotive Hall of Fame Young Leadership and Excellence award in 1982, among others.

Cardone is a graduate of Oral Roberts University, where he received his bachelor of science degree in business administration in 1970 and honorary doctor of laws in 1988. He is a frequent keynote speaker at industry and business events.

Now in its 28th year, the EY awards program has honored the inspirational leadership of such entrepreneurs as Howard Schultz of Starbucks Coffee Company, Pierre Omidyar of eBay Inc. and Mindy Grossman of HSN. Recent U.S. national winners include Reid Hoffman and Jeff Weiner of LinkedIn; Hamdi Ulukaya, founder of Chobani; and 2013 winner Hamid Moghadam, CEO and Chairman of Prologis.