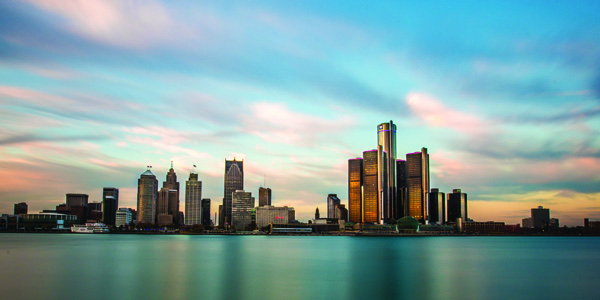 The investments in Detroit are part of Icahn Automotive’s larger strategy to grow its national network, the company said.

“For 96 years, Pep Boys, a wholly owned subsidiary of Icahn Automotive, has shared the Motor City’s passion and pride for all things automotive,” said Icahn Automotive CEO Dan Ninivaggi. “We are excited to announce a multi-million-dollar expansion plan that includes new store openings, the extensive remodeling of several existing stores and the doubling of our parts inventory in the market.”

Most recently, the company announced the acquisitions of Precision Auto Care, with Precision Tune franchise locations in Royal Oak and Detroit, and Phil Cavill’s Tire & Auto Service Center, a staple in Clawson, Mich., for 34 years. The 10-bay shop will be converted to a full-service Pep Boys Service & Tire Center.

To meet the needs of both consumers and commercial customers, Pep Boys has extensively renovated its Detroit-area stores and dramatically expanded its parts and tire availability, adding more high-quality products to its local stores, according to the company.

Pep Boys, in conjunction with the company’s Auto Plus wholesale parts distribution arm, carries a full line of premium parts, including Moog chassis and Wagner braking products, as well as an exclusive line of Champion wipers, lighting, filters, batteries and ignition products. In addition, the in-store Speed Shop in Pep Boys’ Eastpointe location caters to the many automotive enthusiasts in the area and features a broad selection of high-performance and appearance products.

In celebration of its growth plans in Detroit, Pep Boys took part in the Woodward Dream Cruise this past weekend.

“Pep Boys is passionate about honoring our heritage and long history in Detroit, and participating in the Woodward Dream Cruise was an excellent opportunity to do so in a city that is as proud of its automotive industry roots as we are,” Ninivaggi said. “Coupled with IndyCar driver Graham Rahal’s recent back-to-back wins in the Detroit Grand Prix, which was an exciting start to our 2017 sponsorship, we are thrilled to have been part of several major Detroit-based automotive events this year.”

The investments in Detroit are part of Icahn Automotive’s larger strategy to grow its national network, the company said.

Advertisement
In this article:Detroit, Pep Boys

Carquest, Worldpac Announce Opening Of New DC In Ontario
Connect with us