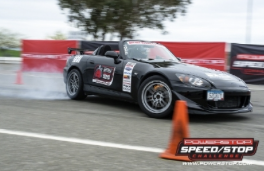 The Power Stop Speed Stop Challenge is one of five challenges pitting the baddest street machines against each other to prove who truly has the Ultimate Street Car.

BEDFORD PARK, Ill. — Power Stop LLC is proud to be the sponsor of the Speed Stop Challenge at all 11 events on the 2016 OPTIMA’s Search for the Ultimate Street Car calendar.

“We are thrilled to be one of the sponsors of the OPTIMA’s Search for the Ultimate Street Car,” said Arvin Scott, CEO of Power Stop “Many of our customers are huge motorsports fans, this event is the ultimate way for Power Stop to show support and build our brand.”

“This is a natural fit to join the roster of some of the world’s leading brands such as Optima Batteries, Advance Auto Parts and K&N Filters,” said Rodion Galperin, creative director of Power Stop. “It takes a certain level of passion and dedication to compete at this level of event and it appeals to the do-it-yourself car enthusiast that strives for the ultimate performance of their vehicles. It is the same kind of passion and dedication to quality, safety and performance that has driven Power Stop to quickly become the leader of ultimate brake upgrade kits for all makes, models and driving styles.”

The Power Stop Speed Stop Challenge is one of five challenges pitting the baddest street machines against each other to prove who truly has the Ultimate Street Car. Each challenge earns the driver points to qualify for the 9th annual OPTIMA Ultimate Street Car Invitational in Las Vegas over the weekend following the 2016 SEMA Show. Each stop on the calendar is televised as it’s own episode of “OPTIMA’s Search for the Ultimate Street Car” show which is entering it’s 3rd year on MAV TV.

The Power Stop Speed Stop Challenge tests a competitor’s skills in navigating a short predetermined course. Each racer begins with a hard launch accelerating into a high-speed U-turn, competitors travel through a slalom section pushing the limits of lateral grip. This leads to the braking section which is arguably the most challenging component of the course, drivers make a hard sprint followed by an abrupt, precision stop inside a 20’x40′ box at highway speeds. This is a high-pressure event unlike any other discipline in motorsports, and the top 10 finishers are often only separated by hundredths of a second.

This event adds to an already exciting 2016 for Power Stop with the recent release of their Track Day line of brake pads, rotors, and braking kits; and their continuing relationship as the official brakes of The Bondurant Racing School. An early version of the Track Day kit made a debut on a OPTIMA’s Search for the Ultimate Street Car competitor’s 2008 Z06 Corvette at Auto Club Speedway in Fontana, CA. The Fontana stop remains as the last of 10 qualifying events before the 2016 SEMA show.

For more information about the series including the complete schedule, visit the series’ website at www.driveusca.com