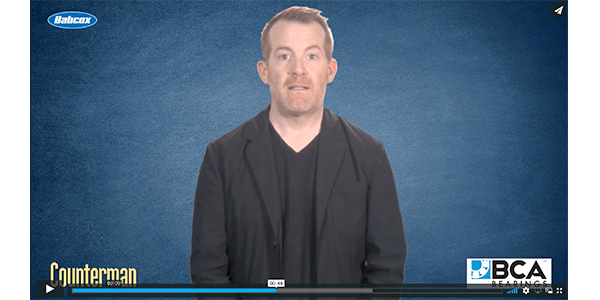 Some people think that if a wheel is making noise when a vehicle moves, it’s got to be a bad bearing. But a closer look through some inspection can reveal that it could be something else entirely.

Noise coming from the wheels of any vehicle means the bearings are bad, right? Well, diagnosing wheel noise isn’t so straightforward! Counter Intelligence is next!

Hi guys, it’s Mark Phillips. The most common symptom of a bad bearing is cyclic chirping, squealing or growling noise that changes in proportion to the vehicle’s speed. But the sound also may disappear at some speeds, or only occur at certain speeds.

Some people think that if a wheel is making noise when a vehicle moves, it’s got to be a bad bearing. But a closer look through some inspection can reveal that it could be something else entirely. For example, a caliper that’s sticking or a brake pad that’s loose and dragging may make a metallic scraping noise as it rubs against the brake rotor. And THAT sounds pretty bad. But the frequency of THAT noise will ALSO change in proportion to vehicle speed, but will often go away or change when the brakes are lightly applied. Let’s stipulate that a noise that only occurs when braking is likely a brake problem such as worn pads — NOT a bad wheel bearing.

But what else? Tires can cause a similar noise if the bands have shifted or if there is a road force imbalance. It could also be uneven tire wear due to alignment issues, or the sound of worn or failed bushings being transferred into the vehicle frame. For these and other reasons, it’s often very difficult to detect the early stages of wheel bearing failureSo, as you can see, just because a noise seems to come from a vehicle’s wheel, it may not be a bad bearing. But it so may be! I’m Mark Phillips. And thanks for watching.