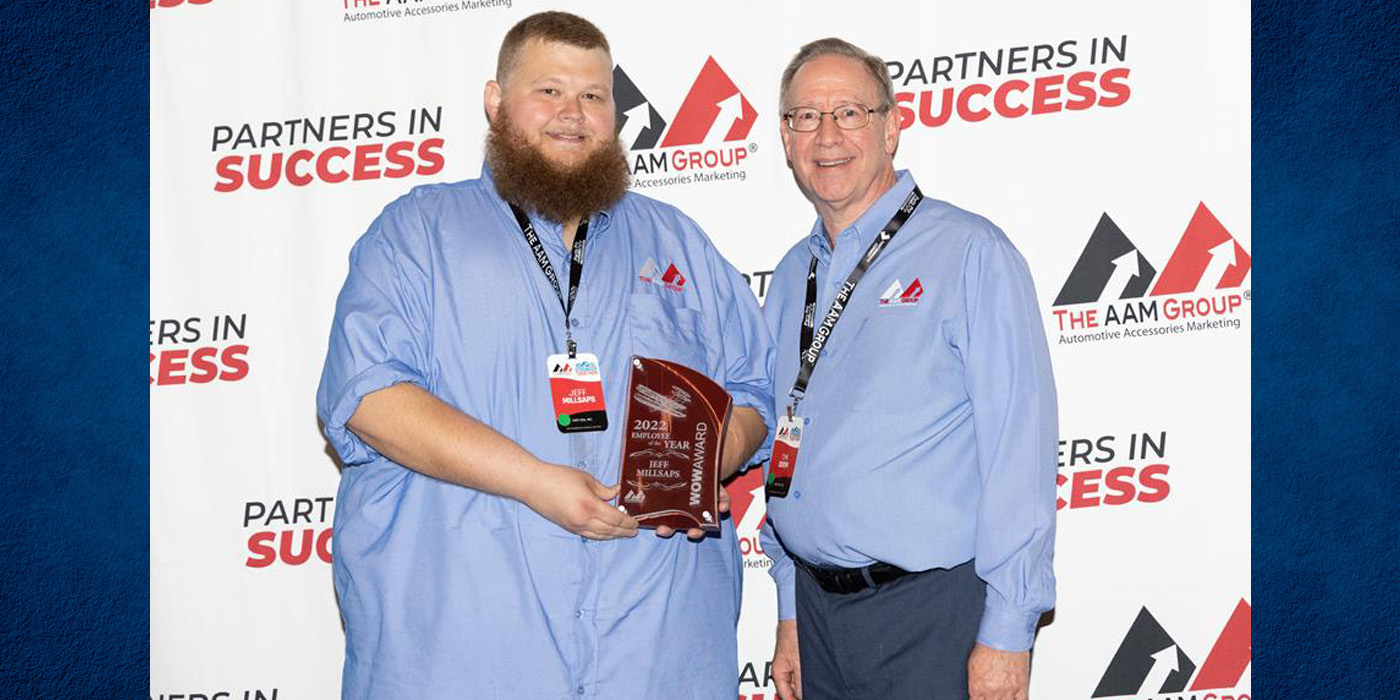 The AAM Group has named Video & Resource Manager Jeff Millsaps as its 2022 Employee of the Year and recipient of the W.O.W. Award.

The W.O.W. Award is named after Wilber and Orville Wright, who were committed to following their dreams in their dogged pursuit to create the world’s first controlled airplane. The Wright brothers threw out the status quo to make room for innovation, even when the world believed they would fail.

This annual award symbolizes all the positive traits shared by the Wright brothers: commitment, consistency, innovation, initiative and resourcefulness. It is awarded to the employee who has had the most positive impact on the company over the past year by exemplifying these qualities.

“It is a privilege to be named AAM’s Employee of the Year,” said Millsaps. “Joining the company two years ago in the middle of a pandemic was a strange beginning, but I have since learned so much about the automotive aftermarket industry and the terrific supplier partners who support our mission to grow it. It has been a joy and an honor to hone my skills alongside so many talented AAM team members, and I greatly appreciate what it means to win this award.”

AAM President Tim Odom added: “Jeff contributes great value to AAM and its partners. His commitment to quality, combined with a great productivity, has generated better video content –and much more of it. While AAM had many people step in their contributions this year, Jeff’s efforts and teamwork earned a unique place of honor among our team members.”

The AAM Group is the largest distribution group in the SEMA marketplace. Now in its 34th year, the corporation was founded by eight high-performance warehouse distributors that sought to achieve cooperative scaled purchasing and marketing advantages. The AAM Group now counts 21 member-companies operating 68 distribution centers throughout North America.

Advertisement
In this article:AAM Group