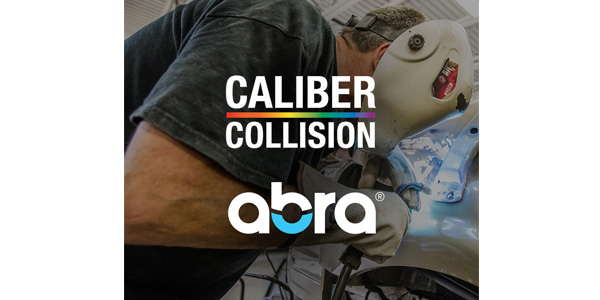 Two of the four largest consolidators in the auto body industry announced a merger that will create a combined company with more than 1,000 collision repair shops and estimated annual revenue of nearly $3.5 billion.

The companies said they expect the transaction to close in early 2019. Terms of the deal were not disclosed.

“This combination will allow us to offer even greater satisfaction for our valued customers and insurance clients while creating new opportunities for the talented teammates of both companies,” Grimshaw said. “With more than 1,000 stores in 37 states and the District of Columbia, we look forward to providing customers and insurance clients with the flexibility and convenience that come with the broadest geographic coverage in the United States and a full suite of services. We’re confident the technological and operational investments will create unparalleled customer service, enhanced repair quality and industry-leading metrics, all of which advance our purpose of restoring the rhythm of our customers’ lives.”

‘A Great Deal for Caliber’

Brad Mewes, who provides strategic and financial advisory services to the automotive aftermarket, calls the merger “a great deal for Caliber.”

“Geographically, it is very synergistic,” Mewes says in a blog post on his website. “The majority of Abra’s locations were in states in which Caliber previously had no presence. Of the 28 states Abra operated in, Caliber operated in only 10 of those states. Caliber now has beachheads in 18 additional states and now operates in 38 states nationwide.

“From a competitive standpoint, Caliber now has significant market presence in each of the primary markets of its main competitors, Service King and the Boyd Group. In each state, with the exception of Michigan and a few less populous states, Caliber now has either the most stores, or a comparable number of stores relative to its competitors.”

Based on revenue, the combined company now commands about 10 percent of the collision repair market – about three time the market share of either Service King or Boyd, according to Mewes.

“The increase in market share and true national footprint will likely allow Caliber to drive additional efficiencies through its supply chain,” Mewes says.

“Through this merger, we are creating a player in collision repair with proven acquisition-integration capabilities, strong relationships with top-tier insurance clients, industry-leading performance metrics and a promising platform for future growth,” said Erik Ragatz, partner at Hellman & Friedman. “

All Shops to Remain Open

In a news release, the companies said they’re “committed to a smooth and thorough integration process, with plans underway to bring together the key elements of success and best practices from both organizations.”

“We plan to maintain all existing centers from both companies as we develop and execute a plan to work smarter, generate growth, offer expanded services, drive operational excellence and reward talent across the organization,” Grimshaw said. “Recognizing the critical importance of top talent to our success, we will be retaining all teammates in the field at both Caliber and Abra centers, and we look forward to creating a culture that supports our teammates as they expand their careers across a larger organization, accelerated by industry-leading development programs.”

“This pricing pressure will likely spill over into adjacent areas of the markets,” Mewes asserts on his website. “For national distributors – now is the time to back fill the holes in your distribution network. For regional and smaller distributors – expect increased pricing pressure and increased consolidation in distribution as national players race to keep up with the geographic needs of their larger customers. Identify customers that pose less of an acquisition risk.”