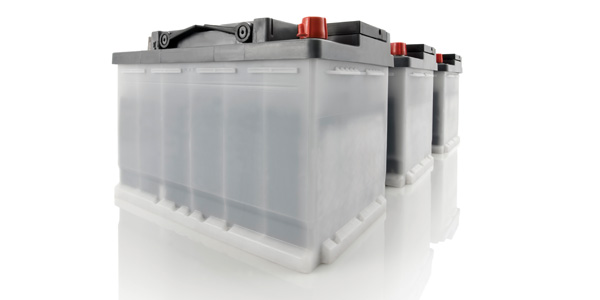 In the automotive world, lead-acid batteries have been a mainstay for many decades, and it’s been more than 50 years since we went from six-volts to 12-volts as standard battery power. Back then, cars were lucky to come equipped with an AM radio. Today’s vehicles run a myriad of electronics, and some of these even remain powered up when the ignition switch is turned off.

While absorbed glass mat (AGM) batteries have been around for several years now, manufacturers continue to add additional applications each year. The benefits of the sealed, glass-mat design include longevity and reliability, but they’re more expensive than the traditional flooded battery.

Each plate in an AGM battery is wrapped in a fibrous glass matting, which not only absorbs the electrolyte, but also keeps the plates separated in a cushioned environment. This stops the plates from vibrating, which can break down the plate and cause short circuits between the plates or break plate welds, which results in battery failure.

Changing a battery in a late-model vehicle isn’t as simple as disconnecting the negative and positive terminals. Most counter pros have replaced a battery or two in their career and know the importance of group size and cold-cranking amps. But it’s also important to understand that there’s a slew of electronics in modern vehicles, and most customers don’t want to lose radio presets or important PCM information. If a battery is disconnected without an auxiliary hooked up, these functions will all be cleared. The vehicle will have to relearn and cycle through the OBD II emissions tests to bring everything back to normal operating conditions, and that’s just the electronics in the engine.

There are many other modules connected through the controller area network (CAN bus) that can be affected when a battery isn’t replaced correctly. Jump-starting a vehicle with jumper cables from another car, for example, can cause voltage spikes that may fry the battery in both vehicles. It’s best to use a jump-starter battery, or battery pack that won’t spike the voltage or fry two cars in the process.

When charging a battery, always connect positive to positive and negative to negative. Do not reverse the connections, as doing so may damage the charger and battery. A slow charging rate works best (six amps or less) because it breaks up the sulfation on the plates more efficiently.

A smart charger automatically will adjust the charge rate to the “state of charge.” Most start with a charging rate of 15 amps or higher and then slow down as the battery comes up. Using a fast charger could overheat and damage the battery.