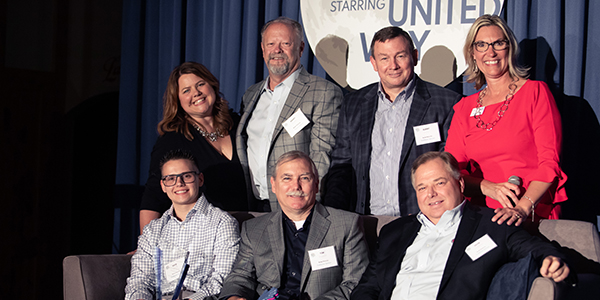 BPI is the largest contributor to the United Way of Greater McHenry County for several years running and has received major donor awards a total of seven times.

Brake Parts Inc (BPI) was recently honored by the United Way of Greater McHenry County with the Benchmark Award for raising more than $272,000 during its annual campaign, which helps support 29 partner agencies in the area. BPI was recognized during United Way’s campaign celebration held June 4 at Starline Factory in Harvard, Illinois.

“The challenges in our local community for those people less fortunate are significant, and the United Way actively works to enhance their quality of life,” said David Overbeeke, president and CEO of BPI. “I am so proud of the BPI employees that gave so generously again this year as it helps tremendously to fund the many agencies driven to assist those in need.”

BPI is the largest contributor to the United Way of Greater McHenry County for several years running and has received major donor awards a total of seven times. Before receiving the Benchmark Award last year for donations exceeding $200,000 in 2017, BPI received the Landmark Award five times for raising $100,000 or more during their United Way campaign.

BPI has partnered with the United Way for over a decade, and during that time, has donated in excess of $1.6 million. This year, BPI raised its corporate donation through employee fundraising projects, including many held at the McHenry, Illinois headquarters, as well as direct donations.