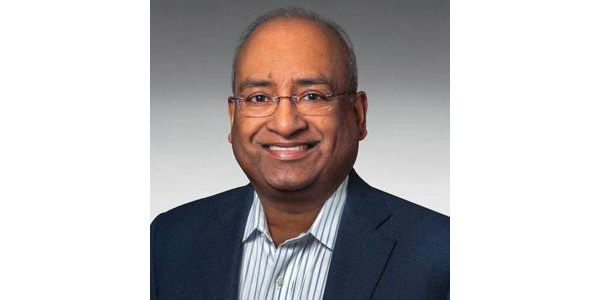 Nair succeeds Liam Butterworth, who is stepping down from his role as president and chief executive officer to pursue other interests.

Nair succeeds Liam Butterworth, who is stepping down from his role as president and chief executive officer to pursue other interests.

The board of directors has launched “a comprehensive search process” to identify a permanent CEO, the company said.

Nair, who has more than 30 years of automotive executive experience, also has been a director of Delphi Technologies since it became a public company in December 2017. He started his career at General Motors, before joining Tenneco, where he held several senior leadership positions in global operations and the aftermarket sector. He served as Tenneco’s chief operating officer from 2010 to 2015 and was a member of the Tenneco board of directors from 2009 to 2015.

“We are pleased that a leader of Hari’s caliber and experience has agreed to lead the company on an interim basis,” said Timothy Manganello, non-executive chairman of the board of directors. “With more than three decades of experience, Hari has a deep understanding of our industry and the opportunities ahead of us. Our experienced board will continue to lend its expertise to Hari and the organization while we identify our next CEO and will ensure a smooth transition. On behalf of the board, I would like to thank Liam for his service and contributions to the company.”

Nair added: “I am looking forward to continue working with the board and the management team to further strengthen Delphi Technologies’ leadership in key areas of our portfolio. My focus will be to continue to position the company for long-term profitable growth.”

In other Delphi news, the company downgraded its full-year guidance for 2018.

“Primarily due to more challenging industry dynamics as well as other factors, the company now expects full-year 2018 revenue to be consistent with the prior-year level, adjusted for foreign currency-exchange rates,” Delphi Technologies said in a news release.