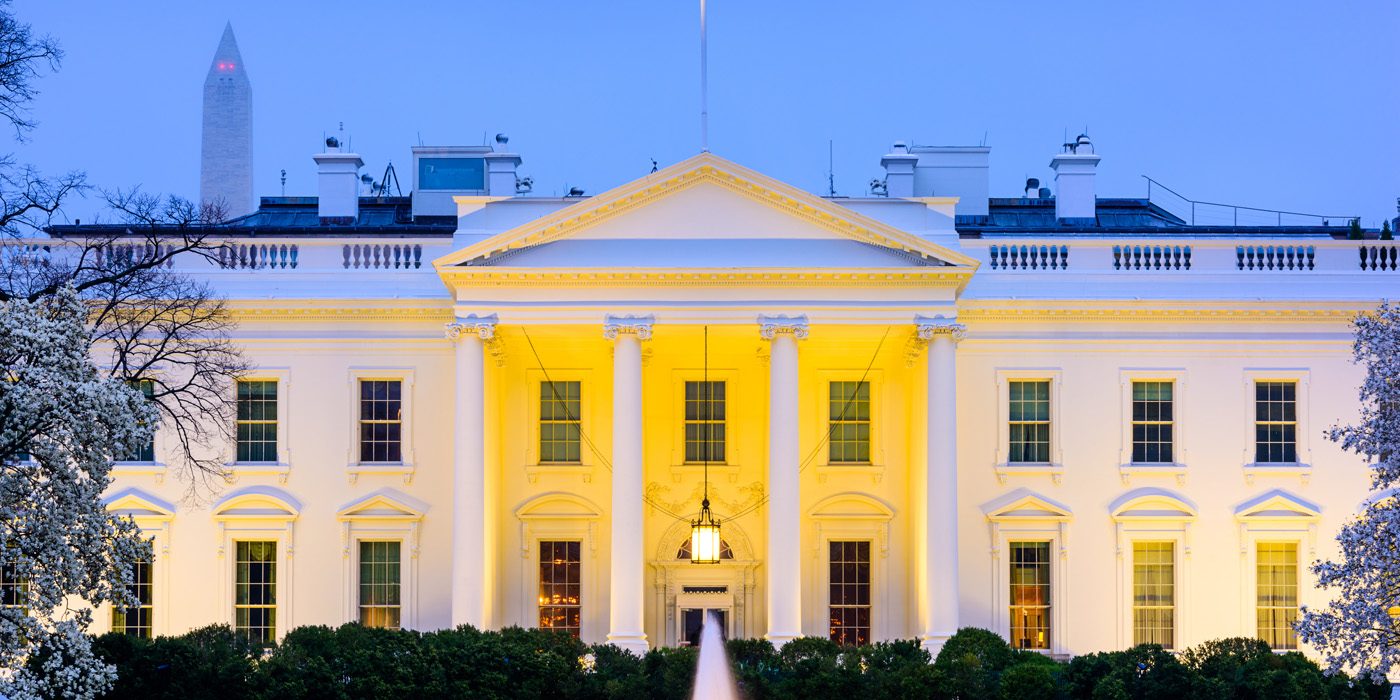 Obscured by the must-see-TV drama of the contested 2020 presidential election, voters in Massachusetts last November overwhelmingly approved a ballot measure to update the state’s landmark 2013 “Right to Repair” law. With the passage of Ballot Question 1, automakers are required to equip vehicles sold in Massachusetts with a standardized data platform that will enable motorists to access their vehicles’ telematics data through a mobile app – starting with the 2022 model year.

While the post-election recounts, audits and lawsuits dominated the national headlines, aftermarket associations were celebrating a decisive victory in the war for access to real-time vehicle data. But the war is far from over. As the Auto Care Association and the Automotive Aftermarket Suppliers Association (AASA) continue their push for nationwide data-access legislation, AASA President Paul McCarthy recently asserted that “our government-advocacy efforts have never been more important.”

Speaking to members of the trade press during AASA’s June 15 quarterly media call, McCarthy emphasized that this is “the biggest aftermarket legislative federal effort in half a century.”

“I’ll also note that our effort is truly principles-based,” McCarthy added. “ … And the principles are really about ensuring safe and secure mobility for all Americans. It’s about preserving a competitive market – the very principles of free-market competition. And, that requires protecting continued consumer choice on where and with what parts vehicles are repaired. It’s a pretty simple concept.”

Adding to the urgency of the aftermarket’s push for a national data-access standard is a new administration that has signaled its support for consumer choice and fair competition. In May, the Federal Trade Commission issued a report to Congress identifying some of the barriers that manufacturers – automakers and mobile-phone manufacturers in particular – put up when consumers take their products to independent repair providers. The “Nixing the Fix” report notes that the FTC’s interest in repair restrictions dates back more than 40 years, when the commission’s then-chairman testified in favor of the anti-tying provision of the Magnuson-Moss Warranty Act (MMWA) – a provision that prohibits, among other things, an automaker from voiding the warranty if a vehicle owner has maintenance performed by someone other than the dealership.

Since Congress passed the Magnuson-Moss Act in 1975, there have been four decades of relentless technological breakthroughs – from personal computers to smartphones to advanced driver-assistance systems. The FTC report, which summarizes the findings of a July 2019 workshop, questions whether the anti-tying provision has “kept pace with the evolving consumer-goods repair market.”

“While the anti-tying provision gives consumers the right to make repairs on their own or through an independent repair shop without voiding a product’s warranty, repair restrictions have made it difficult for consumers to exercise this right,” the report states. “Although manufacturers have offered numerous explanations for their repair restrictions, the majority are not supported by the record.”

The Auto Care Association and other trade groups applauded the FTC report, and dashed off a letter to Chairwoman Lina Khan outlining steps the FTC could take immediately. Those recommendations include improving consumer education and compliance assurance with the Magnuson-Moss Warranty Act; eliminating manufacturers’ marketing practices that discourage the use of non-OE parts or services; and promulgating legislation that would allow vehicle owners to access and control the maintenance and diagnostic data generated by their vehicles.

In a July 16 letter to Khan, AASA’s McCarthy urged the FTC “to consider what specific additional statutory authority is needed to ensure that consumers can continue to choose where and how to seek vehicle repair, maintenance and service as vehicles become more technically advanced.”

Several days later, the FTC announced a policy shift aiming to give some teeth to the findings of its “Nixing the Fix” report. On July 21, the commission voted unanimously to ramp up enforcement against “manufacturers’ practices that make it extremely difficult for purchasers to repair their products or shop around for other service providers to do it for them.”

“While unlawful repair restrictions have generally not been an enforcement priority for the commission for a number of years, the commission has determined that it will devote more enforcement resources to combat these practices,” the FTC asserts in its new policy statement.

In the policy statement, the FTC “urges the public to submit complaints and provide other information to aid in greater enforcement of the Magnuson-Moss Warranty Act.” Although current law prohibits the FTC from imposing civil penalties on companies that run afoul of the MMWA, the commission says it will consider filing suit against violators “to seek appropriate injunctive relief.” FTC also promises to “explore rulemaking, as appropriate.”

Catherine Boland, vice president of legislative affairs for AASA’s parent organization, the Motor and Equipment Manufacturers Association (MEMA), commented on behalf of AASA during the July 21 FTC meeting. She thanked the commission for its policy statement “that will ensure that vehicle owners will continue to be able to choose where to repair their vehicles.”

“Contrary to what vehicle manufacturers claim, independent aftermarket vehicle service can be completed in a safe and cybersecure fashion,” Boland added.

The FTC’s policy statement wasn’t the only good news that came for the aftermarket in July. On July 9, President Biden issued an executive order directing the FTC to establish new rules making it easier and cheaper for consumers to repair items they own – including their vehicles.

The executive order outlines 72 specific initiatives, including the requirement that the FTC initiate a rulemaking on repair and maintenance. AASA and MEMA have been advocating on behalf of the industry in Washington and urging the administration and Congress to act on this issue, including additional legislative direction for statutory authority.

“We applaud the president for taking this step, which will help ensure safe and affordable transportation for consumers over the life of a vehicle,” MEMA CEO Bill Long said, following the announcement of the executive order. “The industry must align behind repairability, as it supports brand and resale values, economic equity and customer satisfaction over the lifetime of a U.S. vehicle fleet that averages over 12 years old. We pledge to work closely with the administration, Congress and all industry stakeholders to address these issues.”

Of course, data access and Right to Repair aren’t the only legislative issues on the aftermarket’s radar. During the AASA’s June 15 media call, Ann Wilson, senior vice president of government affairs for MEMA, talked about the $250 billion United States Innovation and Competition Act of 2021 and its implications for the automotive aftermarket. The bill, which passed in the Senate with bipartisan support on June 8, proposes $2 billion in incentives for domestic production of “mature semiconductor technologies” that are used in vehicle manufacturing. It also includes an amendment requiring the Biden administration to restart and reform the exclusion process for Chinese imports currently subject to Section 301 tariffs. If the bill makes it through the House – which is uncertain – it would help address two significant pain points for the auto industry and the aftermarket: supply chain disruptions and tariffs.

“It used to be that I couldn’t have a conversation with anybody in the industry without talking about tariffs,” Wilson said. The pandemic changed the national conversation, but aftermarket suppliers are still feeling the pain from the trade war with China. “What we’re seeing with a lot of these tariffs is the costs are being absorbed by our members.”

Still, few issues have galvanized the automotive aftermarket like the need for federal data-access legislation – which, until recently, might have seemed like the industry’s white whale. With a liberal administration in the White House and a Democrat-controlled Congress (albeit with the narrowest of majorities in the Senate), perhaps this is the aftermarket’s window of opportunity to push through what would be its signature legislation.

The moment isn’t lost on Wilson, who noted that AASA, the Auto Care Association and the Equipment and Tool Institute have been working hard to advance a federal bill on data access.

“We think this aligns well with the administration’s view that we need to talk about equity in transportation,” Wilson said, adding that the associations are “very hopeful that Congress will move on this legislation” this summer or fall. “ … We are looking forward to the challenge that’s in front of us.”

Is This The Window of Opportunity For Right To Repair?

Deadline Extended For AASA Technology Innovation Award
Connect with us