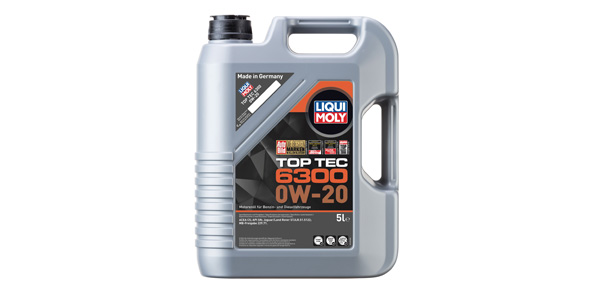 With official approval from Mercedes (MB 229.71), Top Tec 6300 can be used on current Mercedes E-Class models as well as several C-Class and S-Class models.

“This is a double leap in development – both for the engine technology of Mercedes and for our oil technology,” Kuhn added.

With official approval from Mercedes (MB 229.71), Top Tec 6300 can be used on current Mercedes E-Class models as well as several C-Class and S-Class models. They include diesel vehicles as well as gasoline and hybrid vehicles.

“Such an official manufacturer approval is the highest quality award that an oil can receive,” said Oliver Kuhn, deputy manager of the LIQUI MOLY oil laboratory. “It says that the car manufacturer has tested the oil themselves and consider it to be good.”

Top Tec 6300 is not only suitable for new Mercedes models, but also for Jaguar and Land Rover models (STJLR.51.5122).

“The thinner the oil, the less inner friction it has and the more efficiently the engine works,” Kuhn said. “The challenge is, despite this low viscosity, to ensure lubrication even under extreme conditions.”

Top Tec 6300 also is low-ash, meaning that combustion residues of the oil don’t burden the exhaust-gas treatment systems. With a different oil, for example, the diesel or gasoline particulate filters would quickly become blocked and would have to be replaced, which is expensive.

As with other engine oils, Top Tec 6300 is so special that it cannot be used for other vehicles. If it is used in an engine that isn’t designed for it, there could be heavy friction and even engine damage, according to LIQUI MOLY.

Said Kuhn: “This is the price for ever-more efficient engines: Oil becomes a liquid replacement part that only fits very specific engines.”

Advertisement
In this article:motor oil