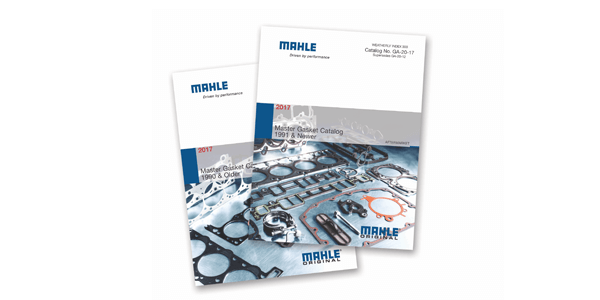 The 2017 catalog provides coverage for more than 1 million applications, representing more than 35 million vehicles in operation in North America. 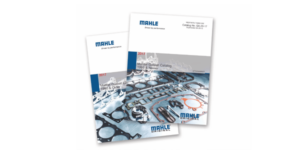 The MAHLE Original gasket catalog features 6,871 SKUs, including 1,314 new part numbers, and 1,151 part numbers that are exclusive to MAHLE. The 2017 catalog provides coverage for more than 1 million applications, representing more than 35 million vehicles in operation in North America.

The catalog can be downloaded in PDF format on www.mahle-aftermarket.com. The part numbers contained in this new catalog are also available in the eCatalog online at catalog.mahle-aftermarket.com/na, where the application can be searched by product, vehicle make and engine. The catalog is written in English, with French and Spanish translations available for the body of the catalog.

MAHLE Aftermarket Inc. announced at AAPEX 2016 that the new brand name for the gasket line would be MAHLE Original; these are the same sealing products sold in North America since 2007 under the Victor Reinz brand licensed to MAHLE Aftermarket.

MAHLE Aftermarket also announced at AAPEX the “Drive With The Original” promotion, with a grand prize of a custom-built, twin-turbocharged MAHLE Mustang built by Petty’s Garage. The winner will be selected at AAPEX 2017 in the MAHLE booth.