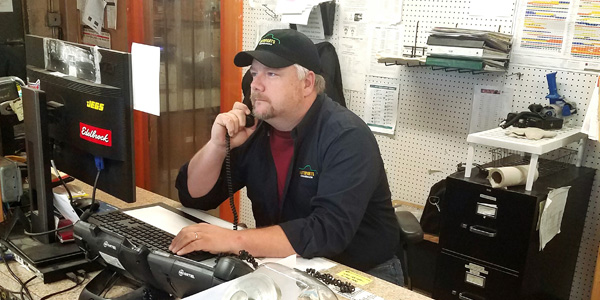 As a former certified technician, Davison understands the function of each part, and he can talk the talk with his customers, whether they’re do-it-yourselfers or professionals.

Like many kids who grew up to be mechanics, Jim Davison was a tinkerer. He remembers being 9 years old and taking apart his dad’s new lawnmower – just to see how it worked.

“I’ll never forget it,” Davison recalls. “He comes over to me and says, ‘Son, you better put that thing back together – and it better run.’”

Davison started out selling and delivering auto parts when he was in high school. But his “real love” was working on cars. He left the auto parts business in the early 1990s and went on to work as a technician at several dealerships and independent repair shops, becoming certified through ASE, Chrysler and General Motors along the way.

In 1996, though, Davison’s career as a mechanic hit a roadblock when a transmission landed on his left shoulder. The accident limited his range of motion and his ability to lift with his left arm. Davison, understandably, didn’t want to aggravate the injury by continuing to wrench on cars – but he wanted to stay in the automotive industry.

“So I jumped on with the parts gang, and I’ve been here ever since,” Davison says.

Davison, now a zone manager with Eastern Warehouse Distributors in Vineland, New Jersey, has flourished in the auto parts business. On Oct. 29 in Las Vegas, Counterman publisher Babcox Media and WIX Filters honored him as the 2018 Counter Professional of the Year. As part of the award, Davison and his wife, Debbie, received an all-expenses-paid trip to Las Vegas for AAPEX 2018.

“I was flabbergasted I was even in the conversation for it, to tell you the truth,” Davison says of the award.

Shane Norman, vice president of marketing for Eastern Warehouse Distributors, wasn’t surprised though. In Davison’s Counter Professional of the Year nomination, Norman called him “one of the most knowledgeable countermen in the business.”

“Jim is always positive, a pleasure to talk to on the phone and always goes out of his way to ask you how your day is,” Norman adds. “And he genuinely cares.”

As a former certified technician, Davison understands the function of each part, and he can talk the talk with his customers, whether they’re do-it-yourselfers or professionals. He has a passion for classic cars, but he also stays on top of the latest vehicle technology by taking online courses and attending technical clinics offered by his employer. In addition, he maintains his ASE P2 Parts Specialist certification.

Consequently, Davison says he’s just as comfortable finding an EGR pressure feedback sensor for a Ford Explorer as he is finding a ballast resister for a 1972 Dodge.

“You need to be able to service the older generation [of customers] as well as the new generation,” he says. “So you need to know a little bit about everything when it comes to these cars.” 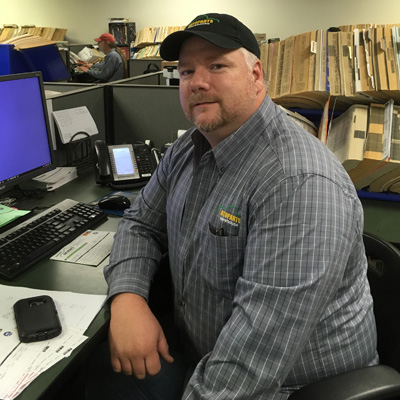 When everyone else says a part can’t be found or the part isn’t made anymore, Davison usually gets the phone call – and he relishes the challenge of tracking it down.

Not surprisingly, Davison has built a loyal following of customers over the years.

“A lot of our business here is wholesale,” Davison explains. “But when I did retail, I loved it when you’d have five people standing in line and I’d have three guys on the counter, and [the customers would say], ‘I’m good. I’ll wait for Jim.’ That’s what makes you get up in the morning, because they’re relying on you to come to work.”

Davison is the quintessential “go-to” guy on the parts counter.

“Being an old-car buff, Jim has the reputation throughout the community of being both the man to ask about parts for automobiles, and, in many cases, the man to ask about how to repair the automobile,” Norman says.
“ … Jim’s customers love him. They constantly ask for him because of his knowledge and great demeanor.”

It’s not uncommon for one of Davison’s professional customers to ask him to stop by their repair shop after he’s done with work. Davison gladly obliges.

“They’ll say, ‘We’ve been at this car for two days. Can you swing over and take a peek at it?’” Davison explains. “Obviously I don’t charge them anything. They’re my friends – one hand washes the other. They send me a lot of customers and I try to do the same for them.”

When Davison finally goes home, you’ll find him working on his 1957 Chevy Bel Air hardtop, which he’s been restoring since the late 1990s, when it was nothing more than “a frame and a rotted body.” Or you might find him helping his daughter work on her 1977 Pontiac Trans Am, which he bought because her favorite movie is “Smokey and the Bandit.”

“I enjoy working on my old cars because it’s really not a job,” he says. “Most people are like, ‘Man, you do it all day long. Why would you want to work on cars on your day off?’ But it’s not really work. That’s my relax time.”

You could say the same thing about his day job.

“You have to love your job,” Davison says. “If you don’t like your job, you’re probably not doing your job 100 percent, and you’re not making it any easier for any of your employees or your customers.”

Davison, a New Jersey native, joined Eastern Warehouse Distributors in 2012 when the company acquired South Jersey Auto Supply. At the time of the acquisition, Davison had just been promoted from a counterman at several South Jersey stores to the manager of the Vineland, New Jersey, location. (Langhorne, Pennsylvania-based Eastern is a member of the Aftermarket Auto Parts Alliance.)

Eastern Warehouse Distributors recently promoted Davison to a zone manager, and he now oversees three stores. Between the three locations, the clientele runs the gamut from an affluent customer who might need a part for a BMW to “a guy who only has $30 in his pocket and needs front brakes and pads and rotors for his daughter’s car.” Davison encourages his staff to treat every customer equally.