Royal Purple To Appear In 'Transformers: Age Of Extinction' And 'Earth To Echo' This Summer 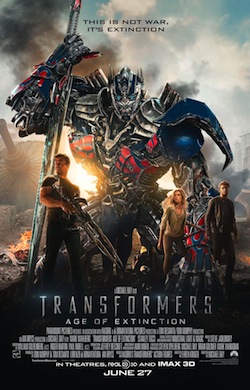 PORTER, Texas — Premium synthetic lubricant manufacturer, Royal Purple, will kick off the summer with appearances in two of the season’s hottest movies, “Transformers: Age of Extinction” (opening June 27) and “Earth to Echo” (July 2), allowing audiences worldwide a chance to build familiarity with the brand.

Royal Purple’s branding will make prominent appearances in both films utilizing its lines of premium synthetic products and featuring the Royal Purple logo on a variety of set pieces. For example,  one of the movie trailers for "Earth to Echo” – a sci-fi adventure thriller – features a Royal Purple branded semi-truck and trailer crashing and then reanimating itself.

These films are not Royal Purple’s first time in a feature film. Earlier this year, Royal Purple had product and brand integration in the anticipated movie adaptation of the popular “Need for Speed” franchise. Royal Purple also created a special video vignette about Need for Speed’s stunt director, Lance Gilbert, as part of the final installment of the Royal Purple Outperformer mini-documentary series.

Over the last few years, other product placements for Royal Purple have included high-profile appearances in Angelina Jolie’s 2010 spy-thriller “Salt”; 2011’s futuristic “Real Steel,” and the 2013 romantic film “Safe Haven” among others.

“Our involvement with some of Hollywood’s biggest films allows us exposure to audiences previously unfamiliar with the Royal Purple brand,” said Royal Purple Marketing Director, Randy Fisher. “We’ve found this to be an incredibly effective tactic for raising awareness of our brand and establishing familiarity among the pop culture crowd.” 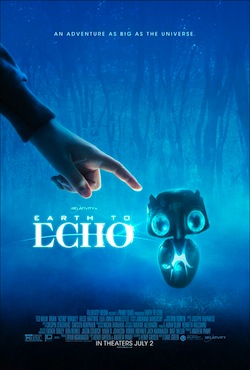 In addition to “Transformers: Age of Extinction” and “Earth to Echo,” Royal Purple will be featured in a number of other films throughout the remainder of the year. To keep up with all things Royal Purple and for additional news on upcoming films, visit: www.royalpurpleconsumer.com.