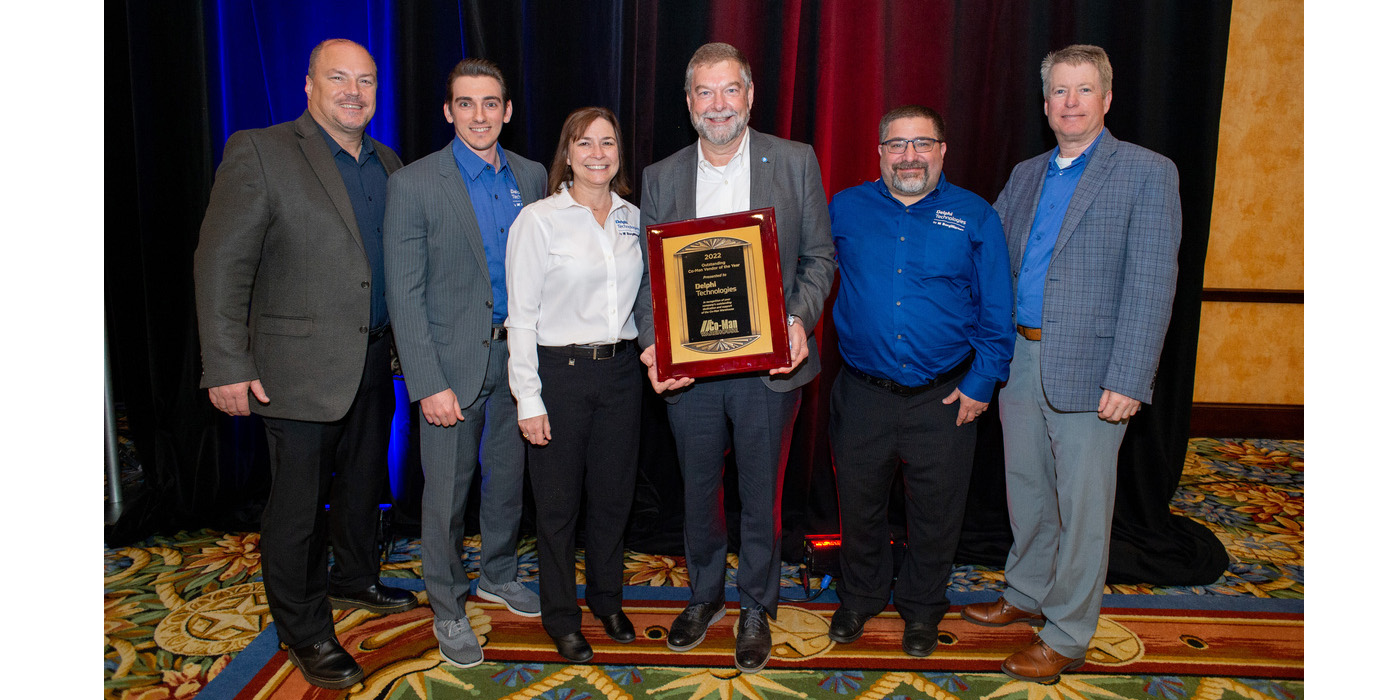 The Group Names Delphi Co-Man Vendor Of The Year

Wegmann Automotive was selected as Co-Man Vendor of the Year – Order Fill.

The awards were presented April 26 at The Group’s conference and expo.

“Because our Co-Man operation is one of the most significant programs for members of The Group, it is important for us to recognize and thank those vendor partners who collaborate closely with us to ensure its success,” said Larry Pavey, CEO of The Group. “Delphi was named Co-Man Vendor of the Year by our membership for their outstanding service and support over the past year. The members also chose to recognize Wegmann Automotive for order fill excellence. We congratulate every member of the Delphi and Wegmann teams and thank them for all they do to ensure our members’ success.”

Presented annually by The Group, the Co-Man vendor awards honor supplier partners that have shown outstanding dedication and support of the Co-Man operation and programs. The Co-Man enterprise began with members deciding to open a jointly owned warehouse, and the operation has seen significant growth each year since its inception, expanding numerous times to meet the rapidly growing demands of members.

“One of the areas that makes The Group a standout in the industry is Co-Man distribution,” said Pavey. “Our members and suppliers mutually benefit from the Co-Man operation, so we want to thank all those involved with Co-Man for making the program so successful.”

Advertisement
In this article:Delphi, The Group

The Group Names Delphi Co-Man Vendor Of The Year