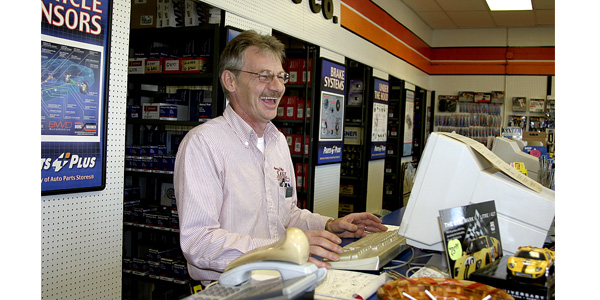 In the spirit of Throwback Thursday, Counterman is firing up the time machine and setting the coordinates for 2005.

In the spirit of Throwback Thursday, Counterman is firing up the time machine and setting the coordinates for 2005.

The cover story described Call as “the definition of leading by example,” noting that Call “has the reputation of being both a good counterperson and community leader.”

“He doesn’t stop at what the computer tells him,” said Earl Weir, a municipal official in Pittsfield who had worked with Call for more than 30 years, as quoted in the cover story. “He goes to the books or the telephone for additional info, and if that doesn’t work, his knowledge and experience allow him to go to the shelf and find something that will work. I’ve seen this happen many times.”

The owner of a Pittsfield auto body shop remembered calling Call around midnight one night when he blew a main hydraulic line on his truck while plowing snow.

“He told me to meet him at the store in 30 minutes,” Matt St. George of St. George Auto Body and Repair said in the cover story. “When I got there, Dennis was already waiting for me with the hose.” 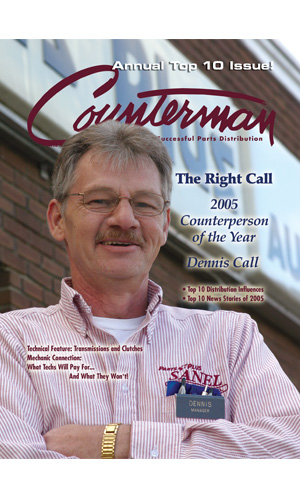 The December 2005 cover story points out that Call had been active in his community since he was a kid, when he would mow the grass and shovel snow for elderly neighbors. Following in the footsteps of his grandfather and brother, Call was a longtime volunteer firefighter, and he served in various capacities in the local government, including two three-year terms on the Board of Selectmen in Chichester, New Hampshire.

“People in Pittsfield know Dennis in the context of his life,” said Bobby Segal, then vice president of store operations for Automotive Supply Associates. They know him more than just ‘Dennis the Counterman.’ They know all the things he does for this community. That’s real value: The guys who are active in the community run successful stores.”

Look for a cover story on the 2018 Counter Professional of the Year in the upcoming December issue of Counterman.

Advertisement
In this article:Counter Professional Of The Year, Sanel Auto Parts