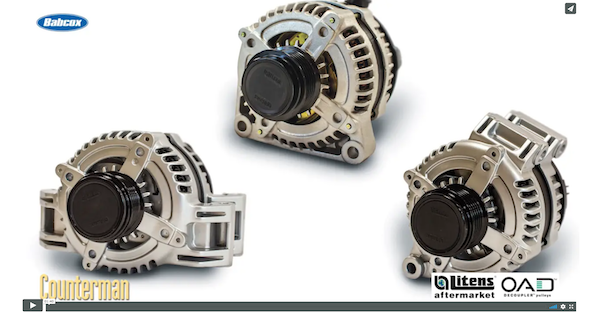 You can think of the OAD pulley as a tuning device for the engine’s drive-belt system.

In the never-ending quest for better efficiency and fuel economy, vehicle technology continues to get more and more sophisticated. A great example is the overrunning alternator decoupler, or OAD pulley.

Millions of newer vehicles now requires alternators that are equipped with OAD pulleys, instead of the conventional solid or one-way clutch pulleys.

An OAD pulley is much different than any other clutched alternator pulley. Unlike an overrunning alternator pulley, an OAD pulley features a sophisticated internal spring and clutch system that absorbs the force generated by belt accelerations and tension reversals. An OAD pulley also allows the alternator to “free-wheel” or “overrun” when the belt suddenly decelerates.

So what does all this mean for your customers? Well, it means less noise, vibration and harshness, or NVH, in the cabin. An OAD pulley reduces noise when the vehicle is at idle and low engine speeds, and it helps dampen harmonic vibrations at higher speeds.

You can think of the OAD pulley as a tuning device for the engine’s drive-belt system.

In the next video, we’ll talk about a few things to keep in mind when selling alternators that use OAD pulleys.

WATCH: What Do You Know About OAD Pulleys?