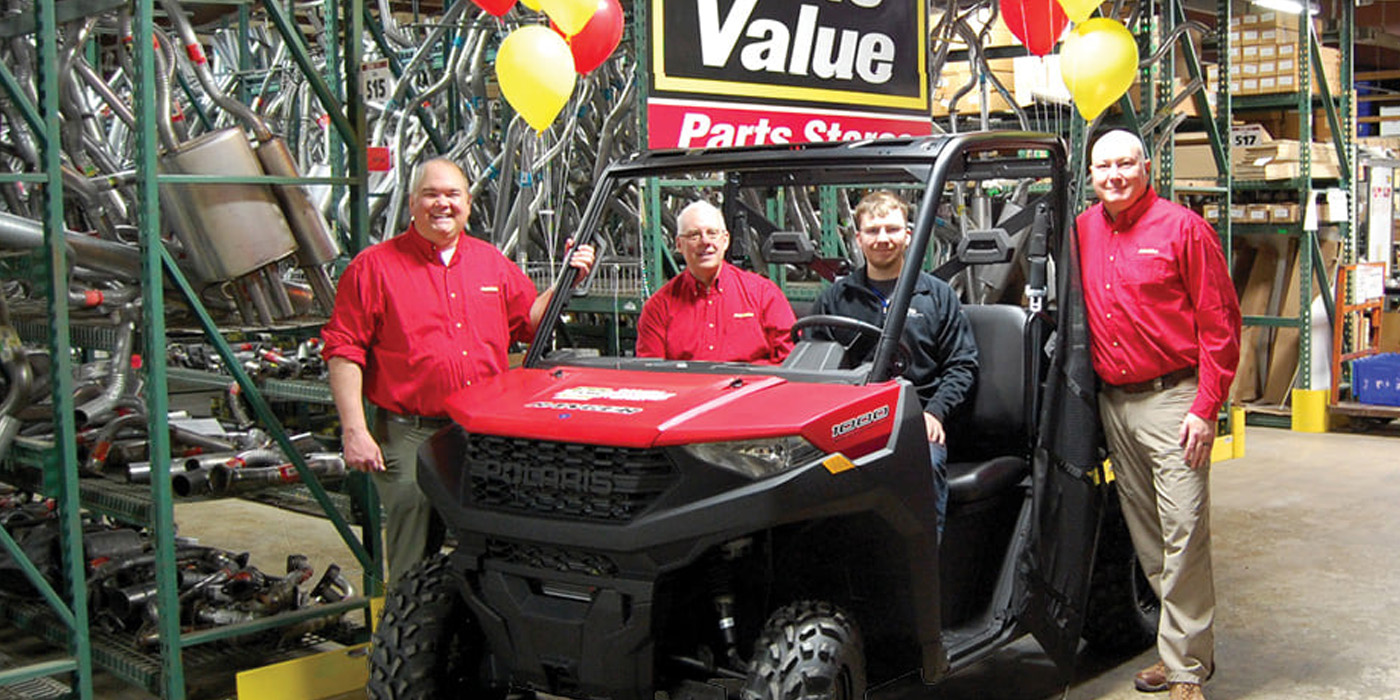 Automotive Parts Headquarters Inc. (APH) recently celebrated the end of its 100th-Anniversary Sweepstakes promotion by announcing the winner of a new Polaris Ranger 1000.

“Chase and the Lithia team are great supporters of Auto Value,” said Mark Larson, Auto Value Grand Forks store manager. “When I found out Chase won the Polaris Ranger, I couldn’t wait to tell him the exciting news.”

Originally planned to coincide with APH’s 100th anniversary in 2020, the 100th-Anniversary Sweepstakes promotion was postponed until last year due to the pandemic. The sweepstakes was open to all professional technicians, and entries were earned for every $100 invoice during the months of November and December.

Additional entries also were available during APH’s summer tour, when its 1952 International Metro ice cream truck made an appearance at nearly 1,000 shops.

“The 100th-Anniversary Sweepstakes promotion and summer tour were huge hits and great ways to thank our loyal customers for playing import roles in APH reaching this incredible milestone,” added Tim Feddema, marketing manager at APH. “We look forward to another exciting year ahead and visiting as many markets as we can with the ’52 Metro. The smiles per gallon we receive while on tour are simply amazing.”

Advertisement
In this article:Automotive Parts Headquarters