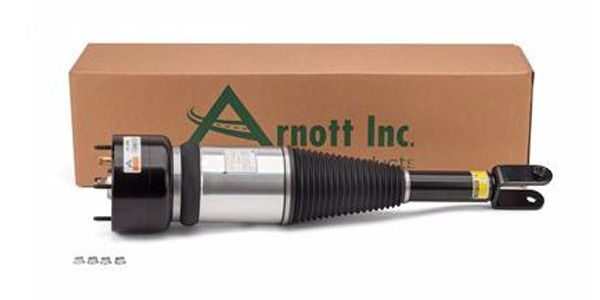 AS-2890 (front) and AS-2891 (rear) struts feature a custom-made and tuned premium monotube shock absorber designed to provide a responsive, sporty ride.

The Arnott-designed struts eliminate many of the common high-wear weaknesses of the OE strut, such as the leaky upper seal, noisy upper mount and the weak lower rubber seal, according to the company.

The Arnott struts for the X350 and X358 chassis are built with a new ContiTech air bladder, new heavy-duty crimping rings, new O-rings and a new OE-inspired dampening coil.

The Air Struts retail for $552.34 each and are backed by Arnott’s limited lifetime warranty. The struts fit Jaguar vehicles with Sport suspension only.

“Arnott-designed new air struts are an excellent alternative for aging air suspension systems because they provide the luxury, comfort and auto leveling of air springs but replace the older auto-damping shock with a completely new shock, custom-valved to provide a great ride at a more affordable price,” Arnott said in a news release.

Arnott recommends replacing both front or both rear Jaguar XJ OE struts at the same time.