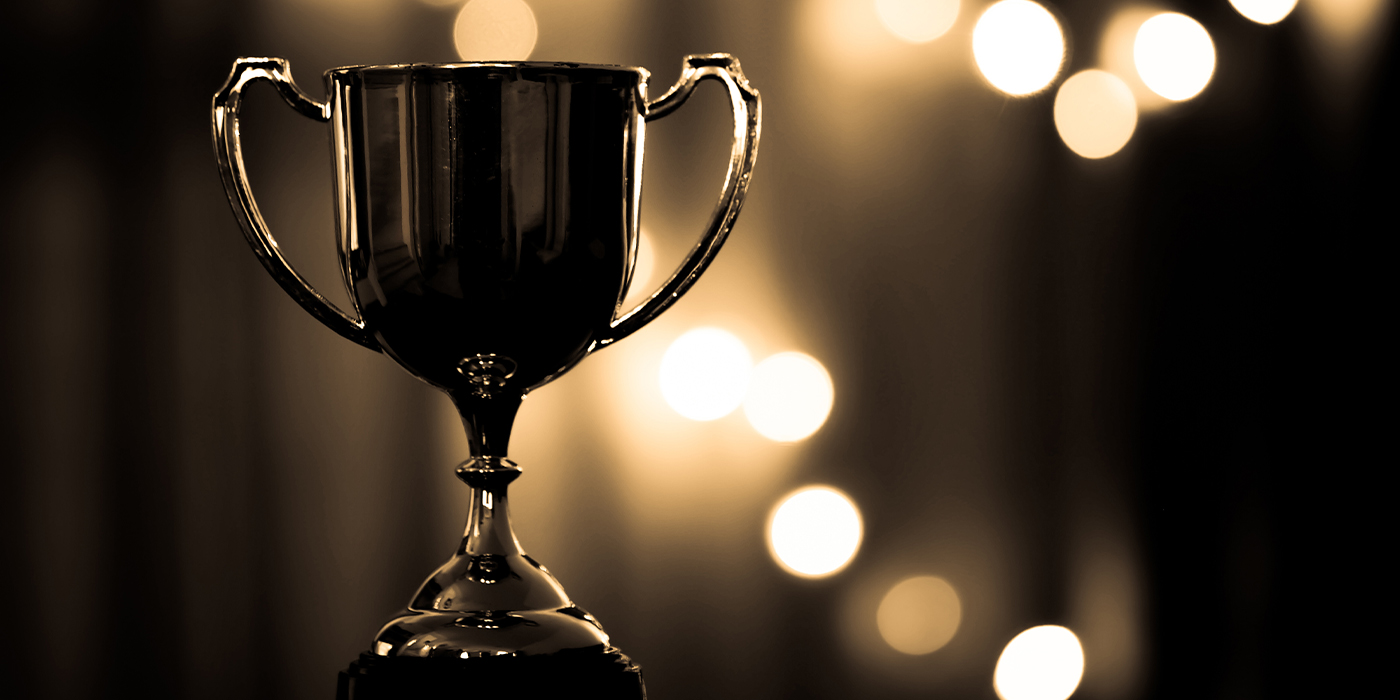 The Aftermarket Warehouse Distributors Association (AWDA), a community of the Auto Care Association, presented its prestigious annual leadership awards on Oct. 31 in Las Vegas, prior to the kickoff of AAPEX 2021.

AWDA’s Lifetime Achievement Award recognizes individuals who have, over the course of many years, distinguished themselves through their unselfish commitment to, and high level of performance within, the automotive aftermarket. The award is named in honor of former AWDA President Martin Fromm.

With more than 50 years of service to the aftermarket, Beirne has been an active and well-respected industry advocate, applying his leadership skills to some of the industry’s most impactful decisions of the 21st century.

Beirne started his career in 1968 as a delivery driver for United Auto Supply (UAS). After working in every aspect of the business, he was named president and CEO in 1989. Beirne continued in that role until UAS was acquired by APH in 2015.

During his tenure with UAS, Beirne served on the executive board of Federated Auto Parts, including a term as chairman. He joined the AWDA Board of Governors in 1996 and served as chairman in 2004. He continued to serve the AWDA as treasurer and eventually treasurer emeritus.

“Dick Beirne was the first Chairman I worked with after being named Liaison to AWDA in 2004.” AWDA Executive Director Larry Northup said. “He set the stage for the durable and interdependent relationship that exists today between AWDA and the Auto Care Association. Throughout all those many years, Dick has remained one of my most valued advisors; an incredibly wise and thoughtful man that everyone should listen to and seek to emulate. He truly is a ‘backbone’ of the aftermarket industry.”

Beirne’s leadership and integrity have been recognized often. Among his many awards, he received the 2004 Art Fisher Memorial Scholarship Award from AWDA for his support of training and education. Inn 2007, Federated Auto Parts presented him with its Art Fisher Memorial Membership Award. In 2011, Beirne earned AWDA’s Pursuit of Excellence Award.

“Dick is the epitome of unselfish, and the personification of integrity – we are delighted to have him as a member of our team, and more importantly, as a leader in our industry,” APH President and CEO Corey Bartlett said. “He recognizes the successes of colleagues and competitors alike and most critically; he leads by example. I know that Dick’s ongoing efforts will continue to positively impact the industry for decades to come … which is why he is so deserving of this Lifetime Achievement award. Congrats, Richard!”

AWDA’s Art Fisher Award for Excellence in Education is presented annually to an aftermarket company or individual that demonstrates outstanding commitment to education and training, either within their organization or throughout the industry. Given in memory of former AWDA Chairman Art Fisher, the award grants scholarships in the name of the award winner to two students enrolled in the automotive aftermarket management program at Northwood University.

As president and CEO of The Organizational Development Group, Passante has become a familiar face to countless aftermarket industry personnel for more than 35 years by providing guidance in human resources, sales and marketing and organizational development. He also serves as an adjunct professor at Northwood University and as a guest lecturer at various other universities and industry organizations.

In an earlier role as president of Brenton Productions, Passante helped establish the company’s vision and strategy, set key objectives and promote the industry through such well-known video series as “Two Guys Garage” and “TruckU.” He has also been a mainstay of the industry’s print media, authoring numerous articles on management, leadership, team and personal development.

“John, who is an Automotive Aftermarket Hall of Famer, has been an influential leader in our industry for many years providing guidance through education from a plethora of platforms,” said Mike Allen, vice president, Federated Auto Parts Distributors Inc. “His contributions have touched many and I cannot think of a better recipient of the prestigious Art Fisher Award.”

“John Passante is the ultimate professional,” Moore said. “He listens, he cares and it’s genuine. He treats the waitress in the coffee shop with the same respect as he does the CEO in the boardroom. That tells me all I need to know about John Passante, the man. I am proud to call him a friend and I cannot think of anyone more deserving of this award!”

Established in 1983, the Pursuit of Excellence Award is presented exclusively to an AWDA member for special achievement and for the setting of high standards as an example for others to follow, in business and in volunteer or advocacy efforts.

Cifelli joined the Del Vasto organization in 1994 and has held a variety of positions in the areas of information technology, marketing, sales and customer service. In 2018, he was named president and CEO. Prior to joining Groupe Del Vasto, Cifelli earned his Bachelor of Commerce degree at Concordia University in Montreal.

Over the past 27 years, he has played a pivotal role within the organization. His inspiring leadership, obvious management skills and extensive knowledge of the industry have served him well in driving the advancement of the organization’s vision and mission.

Cifelli’s leadership talents have been applied in volunteer settings. He was chairman of the Automotive Industries Association of Canada at both the Provincial and National levels and also serves as director and treasurer of the Aftermarket Auto Parts Alliance board of directors.

During his recent two-year term as AWDA chairman, the aftermarket was forced to deal with the COVID pandemic and resulting move to all-virtual conferences and board meetings. At the same time, a pivotal Right to Repair battle was being fought in Massachusetts. Cifelli’s leadership was on full display as he worked with AWDA’s board and staff to navigate these and other challenges, while keeping members informed of the dramatic changes to the associations and the marketplace.

“Mauro was a fantastic partner throughout his term as chairman, but never did his leadership shine more brightly than in the early days of COVD,” Northup said. “Like everyone, he faced huge business and personal challenges, but he never let them negatively affect his AWDA Chairmanship. Mauro was an absolute rock; the right guy, at the right time.”

Added John Washbish, president of the Aftermarket Auto Parts Alliance: “Mauro Cifelli has been a key figure in the Canadian aftermarket for the past quarter century, but in recent years he has taken on a significant leadership role within the U.S. as well. His service and leadership extend far beyond Canada’s borders, and his recognition should as well.”

Each year, AWDA bestows this prestigious award, formerly known as the “Leader of the Year,” on an aftermarket professional who has contributed to the industry in a unique and significant way. The award is named in honor of former AWDA President Jack Creamer.

In nearly 45 years of dedication to the automotive aftermarket, starting with his first job at a local parts store when he was a college student, Roger McCollum has distinguished himself as one of the industry’s top leaders and most committed advocates.

McCollum joined N.A. Williams Company in 1984, after several years with other aftermarket companies. Over the years, he has held management roles of increasing responsibility and served as the company’s president from 1997 to 2017. He was elected CEO in 2007 and chairman of the board in 2014, and currently serves in both positions. McCollum has directed and integrated several mergers and acquisitions which have greatly expanded, diversified and strengthened the company’s business.

McCollum has a long and varied history of volunteer industry service, including positions on the Auto Care Association board of directors and Government Affairs Committee. He has also been active in AWDA with a term as rep advisor on the board or governors, as well as AWDA’s Manufacturers Advisory Council. McCollum has previously served on the Auto Care Association Events Committee and Manufactures’ Representative Council.

“For decades, Roger has proven to be a dedicated and universally respected industry leader,” Hanvey said. “I have had the privilege of working with Roger for many years and can say without reservation that his commitment to the aftermarket is second to none and absolutely deserving of being recognized with the AWDA’s Outstanding Leadership Award.”

Lastly, AWDA presented Northup with a “championship belt” for being a true champion of the organization for so many years. He has served as executive director of AWDA since 2004.

MEMA Announces Plans To Position Organization For The Future