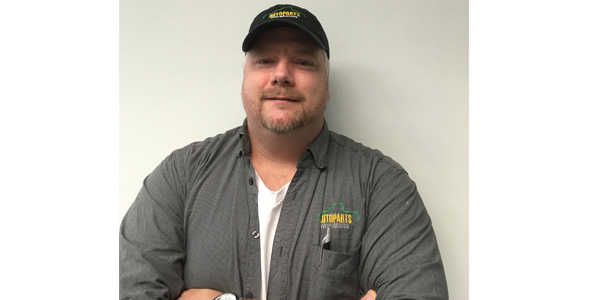 Since Counterman’s maiden voyage in October 1983, the mission of this publication has been to serve the nation’s hard-working counter pros. One of the primary ways Counterman does that is by honoring the Counter Professional of the Year.

Since Counterman’s maiden voyage in October 1983, the mission of this publication has been to serve the nation’s hard-working counter pros. One of the primary ways Counterman does that is by honoring the Counter Professional of the Year. The winner receives a trip to AAPEX in Las Vegas, where Babcox Media and WIX Filters host a special reception to celebrate his or her dedication to the profession.

Working the parts counter – or working in any retail environment, for that matter – can be a thankless job at times. That’s why the Counter Professional of the Year award is such an important part of Counterman’s mission.

“Believe it or not, the personnel working behind the counters in the nation’s auto parts stores have never been recognized on an industry-wide basis,” former Counterman Editor Larry Silvey wrote in the February 1986 issue. “Sure, there have been local and regional awards presented by store owners, WDs, state associations and manufacturers, but counterpeople have somehow escaped being honored at the national level. This is not really surprising when you consider the fact that Counterman didn’t exist before October 1983. And let’s face it, counter personnel were virtually ignored by the trade press until we started to publish.”

Thirty-five years later, our passion for shining the spotlight on counter pros – and the key role you play in the distribution chain – hasn’t diminished. That’s why we’re so excited about introducing this year’s Counter Professional of the Year.

Jim Davison embodies everything the Counter Professional of the Year award represents, in my opinion. Simply put, Davison loves cars, and he loves helping people with their car problems. He’s a classic-car buff and a former technician, and he still wrenches in his spare time. In fact, when he clocks out from his regular job as a zone manager at Eastern Warehouse Distributors, you’ll sometimes find him helping one of his commercial customers when they need a hand with something.

Not surprisingly, his customers love him. “They constantly ask for him specifically because of his knowledge and great demeanor,” says Shane Norman, vice president of marketing for Eastern Warehouse Distributors.

For more about Davison, check out the cover story in the December issue.

Before I sign off, I want to thank everyone who applied for this year’s award. We received numerous outstanding nominations, which made the selection process a challenging one – we easily could’ve had a dozen winners. Your dedication to the profession is what motivates us to keep doing what we’re doing.

Thank you for everything you do. And please have a joyous and safe holiday season. We’ll see you next year!

Celebrating the 2018 Counter Pro of the Year

Right To Repair, Trade Associations And You
Connect with us