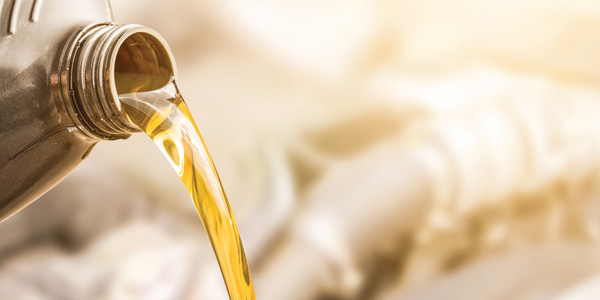 The base oil is what determines if the oil is considered a synthetic or conventional oil.

Today’s oils are far more complex than those of years past, when we poured oil out of cans. Modern motor oil often is blended to meet the needs of a specific manufacturer, or even a specific engine. Downsized, turbocharged engines with direct injection have added another wrinkle into the lubrication equation, because of the carbon buildup issues and the low-speed pre-ignition (LSPI) they tend to develop.

It’s been said that making oil is like baking a cake. Everyone uses the basic ingredients like water and flour, but the spices and frosting give it a distinct taste. Without the spices, the cake would be very bland. With oil, it’s a similar story.

The additives are what add the characteristics to the base oil that may or may not be desirable for a particular vehicle. But the base oil is what determines if the oil is considered a synthetic or conventional oil. Today’s vehicles are requiring more synthetic oils that are more refined. In the past, though, most motor oil was made from lower-grade base oils.

According to the American Petroleum Institute (API), base oils can be broken down into five main groups based on the refining method and lubricant’s properties, such as viscosity and the proportion of saturates and sulfur content. Before all the additives are dropped in, engine oils begin as one or more of the five API groups.

Oils made from this base oil are the least refined type, which is made from a solvent refining process. Oil in this category usually consists of conventional petroleum base oils.

Group II offers a better grade of base oil because it is partially produced through the process of hydrocracking, where the impurities are removed.

This group may be described as synthetic, but there’s been some debate on whether these oils are considered full synthetic. So some oil companies may call their products under this group a synthetic oil. But additives make up a larger percentage of the performance and help determine the performance. Synthetic is considered a high-performance oil.

Group V is any base oil that doesn’t fit into the above groups. Some oil brands may be made with a certain amount of Group V base oils, but generally, oil brands don’t publish their ingredients.

The bottom line is that synthetic oil still is made from petroleum crude oil, but a more refined crude. The move to more synthetic oils is ongoing as emissions requirements and technology evolve. Many of the oils today have additives that are specifically designed to be compatible with emissions systems and catalytic converters. We’re long past the days of pouring cans of single-weight oil.

Conventional Oils vs. Synthetics: It's All About that Base