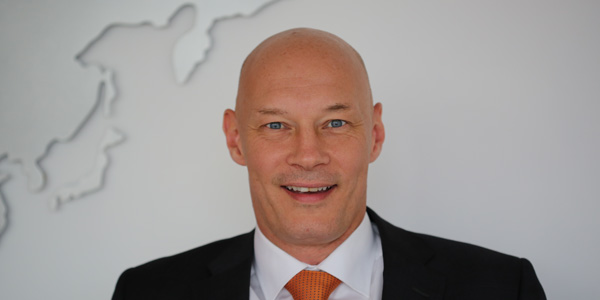 Ashmore replaced Keith Stipp, who returned to the original equipment (OE) side of the business and assumed the role of vice president, global customer champion.

Ashmore’s appointment was the result of an exhaustive global search for an experienced aftermarket executive, the company said. Since September 2015, Stipp had been acting in a transitional role as the president of Delphi Product & Service Solutions during the search process.

Ashmore brings more than 20 years of aftermarket industry expertise, spanning a variety of roles in Europe and Asia-Pacific.

In 2006, Ashmore assumed leadership of TRW’s aftermarket in Asia-Pacific while serving as chairman of the China Aftermarket Forum, a subsidiary of the Motor & Equipment Manufacturers Association. In 2012, he was promoted to lead the aftermarket as vice president and general manager, Parts and Service, Global, and in 2013, he also assumed the leadership of TRW’s Friction Manufacturing business.

Prior to joining Delphi, Ashmore was with ABB as senior group vice president and lead division manager electrification in Asia Pacific.

“Delphi is committed to globally delivering exceptional service to our customers as evident in our investments in talent, business intelligence, infrastructure and IT,” said Liam Butterworth, senior vice president, Delphi Automotive, and president, Delphi Powertrain Systems. “Alex is a highly respected aftermarket executive and is building upon our foundation to further accelerate our growth.”

Advertisement
In this article:Aftermarket Parts, Delphi