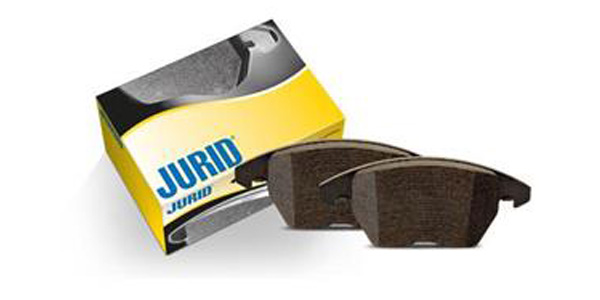 Jurid is one of Europe’s most respected brands of original equipment and replacement brake products, with a strong OE heritage and leading technologies engineered for a wide range of premium German nameplates.

As an example of the brand’s OE success, Jurid brake pads have been standard equipment on many Volkswagen Golf models since the mid-1970s. Other popular German passenger applications that have been factory-equipped with Jurid pads include the Audi A3, BMW 4 Series and i8, Mercedes-Benz A-Class and Volkswagen Passat.

Founded in 1915 in Düsseldorf, Germany, the Jurid business today is based in Federal-Mogul Motorparts’ state-of-the-art friction products engineering and manufacturing complex in Glinde, Germany.

“The Jurid brand is known and trusted by automotive professionals worldwide based on its more than century-long heritage of advanced technology and premium performance for German passenger vehicles,” said Christine Fisher, Federal-Mogul Motorparts group brand manager, friction, North America. “We are pleased to bring many of the same leading-edge, OE-based technologies and aftermarket brake pads to distributors, service providers and consumers throughout North America.”

Advertisement
In this article:Brake pads, Federal-Mogul